Mumbai: Urmila Varu, born and raised in Pune (India), residing in London, United Kingdom (UK), is extremely passionate about music of all kinds, especially Indian music. She dabbled in different arts and skill, until she discovered her true passion was music.

Urmila decided to transform her passion into a full time career in 2016. Since then she has seen many struggles and victories, acheived numerous milestones on her musical journey.

Today when she looks back to when she started this wonderful journey into the world of music, she gets overwhelmed with mixed emotions of the initial frustration of a starter and the joy of achievement when her first song was released.

Urmila believes that for her music is a form of meditation, a never ending spiritual journey, and a medium to connect with people regardless of the barriers of language or ethnicity. Her inspiration comes from her father who also loves music and liked to write poetry. Her passion for music is evident from the way she describes it,

” I feel a heart is a musical instrument and heart beats the tunes of soothing melodies”.

Urmila Varu has 25 original singles of her own creations released worldwide on all digital platforms. She has also worked with B4U Music and Red Ribbons music companies where her songs were a big hit.

Now, she owns a record label company, Music Fitoor, where new budding musical talent and artists are encouraged and helped to achieve to their full potential.

Urmila shares her own experiences and initial struggles when establishing herself in the industry, and encourages these new artists to not give up on their efforts and bear patience until they taste sweet success.

Urmila is well determined to overcome all the hurdles coming her way and write her own destiny. Even during the COVID-19 pandemic when everything was shut, Urmila Varu and her team have created many brand new projects and one of them is the web series, ‘Kahanibaaz- the story teller‘ produced by her company Music Fitoor in collaboration wit JST films.

“I am very excited about all my upcoming projects and hope many of them will be released as soon as the end of 2021 itself” Urmila said.

‘This is not a joke:’ Jimmy Kimmel to be title sponsor of inaugural L.A. Bowl at SoFi Stadium 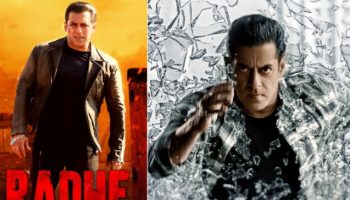