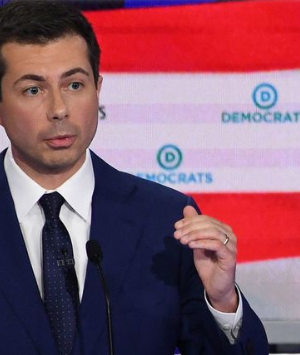 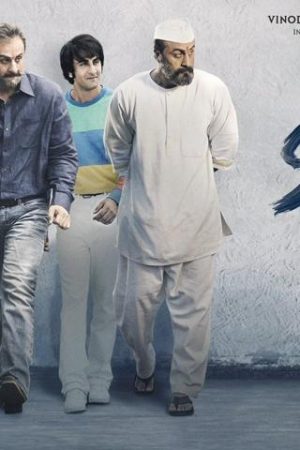 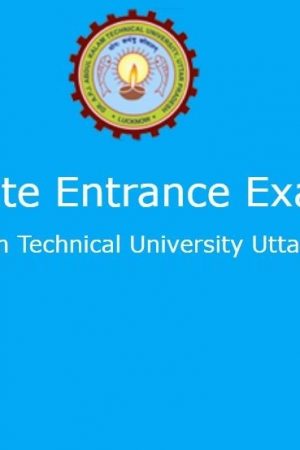 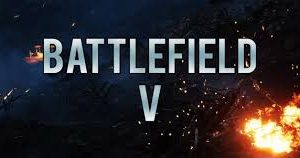 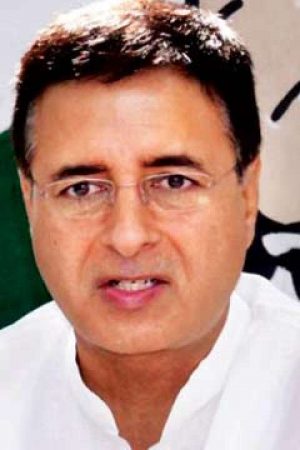 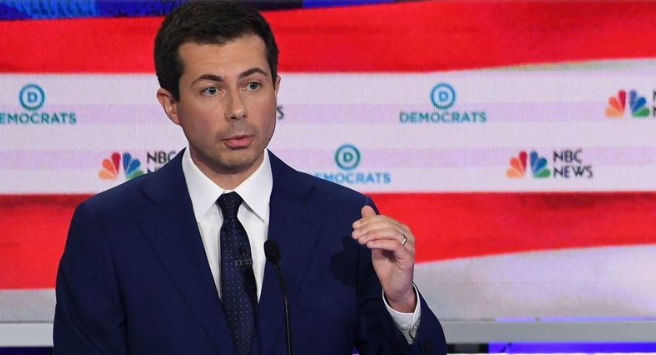 During a Democratic primary debate on Thursday evening , South Bend , Indiana , Mayor Pete Buttigieg said that “Republicans Has Lost All Claim to Ever Use Religious Language Again ” after using scripture to defend their policy of separating migrant from their parents at the United States Southern Border. END_OF_DOCUMENT_TOKEN_TO_BE_REPLACED 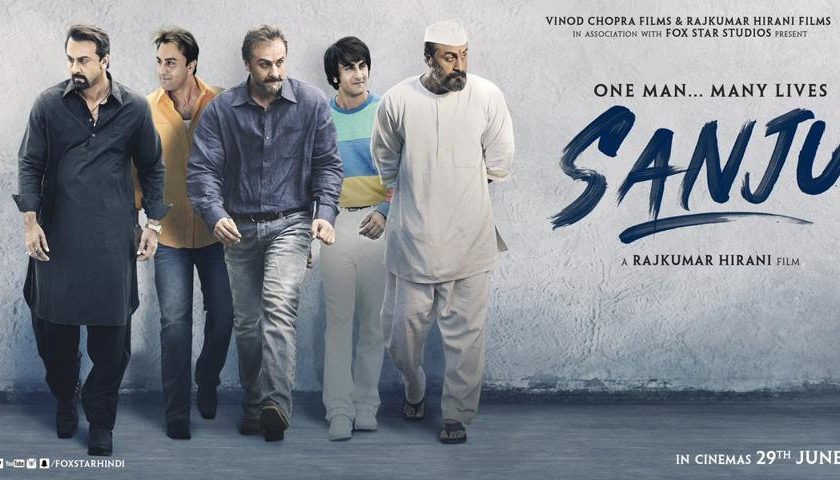 Ranbir Kapoor’s Sanju will finally arrive in theatres with minor roadblocks (more about that later) tomorrow. The Rajkumar Hirani-directed film has featured in headlines from the time of its inception. The embattled life of actor Sanjay Dutt brought to the silver screen through Ranbir Kapoor – what’s not to like? The film chronicles Sanjay Dutt’s life from his early days in Bollywood – before the release of his debut film Rocky – till present day. As per the filmmakers, the story of Sanju encompases sis important chapters of his life, including his battle with drug addiction, imprisonment in connection with the Bombay Blasts Case and his relationship with his parents, actor Sunil Dutt and Nargis. Based on the film’s promotional material, the audience, industry insiders and Sanjay and his family members have appreciated the efforts Ranbir Kapoor had put in to transform into the Khalnayak actor. However, Salman Khan did say during a media interaction that Sanjay Dutt should have played himself in the latter part of the biopic. Ranbir Kapoor and Rajkumar Hirani thought otherwise.

Sanju hardly faced any hurdles with the Central Board Of Film Certification but there were roadblocks. A few weeks ago, an activist lodged a complaint against the film with the CBFC for the toilet leakage scene, which he said: “will make a bad impression about jails authorities of India.” The CBFC asked the filmmakers to delete the scene for “aesthetic purposes” and the scene has been omitted from the final cut.

Meanwhile, on Wednesday, a complaint was filed against Ranbir Kapoor and Anushka Sharma (who features as a biographer in the film) for allegedly making derogatory remarks against sex workers in a dialogue in the film. 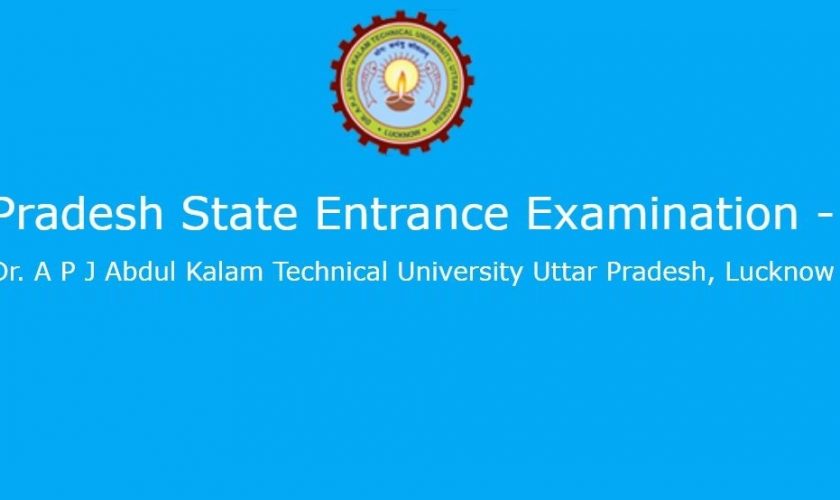 Register Before June 29 at upsee.nic.in

Candidates who have qualified the UPSEE 2018 entrance examination can now register online, upload their documents, fill choices and pay the counseling fee of Rs.1000 till Friday, 29th June 2018

The counselling session for Uttar Pradesh State Entrance Examination (UPSEE) 2018 is scheduled to start today, June 25, for candidates who qualified the exam for admission to various degree level engineering colleges across the state.
The UPSEE 2018 examination results were released on May 30, 2018, on the official website of the UPSEE – upsee.nic.in.

The first round of UPSEE counseling including the registration, document upload and fee payment process is scheduled to be held from today, June 25 to June 29, 2018.

Candidates who have qualified the UPSEE 2018 entrance examination can now register online, upload their documents, fill choices and pay the counseling fee of Rs.1000 till Friday, 29th June 2018.

Applicants can follow the instructions below and register themselves on or before the due date.

How to register for UPSEE Counselling 2018?

Step 6 – Download the confirmation page and take a printout for further reference.

This year, the exam was conducted for admission to the first year of B.Tech courses, B.Arch /B.Des/ B.Pharm/ BHMCT/ BFAD/ BFA on April 29 and for the postgraduate courses, the exams were held on May 5 and 6.

What a Trailor!In love with Battlefield 5

Like original game Battlefield 1942, Battlefield 5 takes place in World War II. This latest installment of the franchise will focus on the “unseen locations” from WWII, with its action held in places like Norway and the Netherlands. What a aTrailor!In love with Battlefield 5.

Battlefield 5 is set for release on October 19 for PlayStation 4, Windows PC and Xbox One.

A trial will be available to Origin and EA Access members from October 11, while a deluxe edition of the game will follow on October 16.

The trailer was revealed in a live stream hosted by The Daily Show‘s Trevor Noah. You can watch that below.What a Trailor!In love with Battlefield 5. 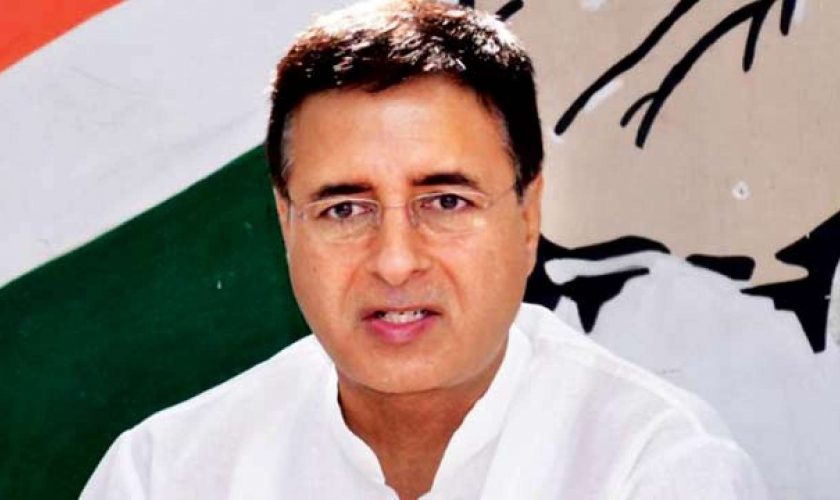 Congress on Tuesday precluded all affirmations from claiming to be a customer of Cambridge Analytica and hit back at Union Law Minister Ravi Shankar Prasad for ”false” purposeful publicity.

Reacting to Cambridge Analytica informant Christopher Wylie’s declaration, Congress representative Randeep Surjewala tested BJP-drove government to dispatch a test into the charges of Congress being a customer of the information rupture British firm.

“It is all false. Why is India’s unendingly lying Law Minister tossing claims in the media, he is in control for what reason doesn’t he demonstrate all confirmation and after that enlist an FIR. We move you. They fear they will be uncovered in the event that they test,” Surjewala was cited as saying by news office ANI.

Prior on Tuesday, Prasad in a progression of tweets thrashed Congress president Rahul Gandhi for ”information burglary and attempting to control voters” and said he owes a statement of regret to the country.

It is all false. why is India’s perpetually lying Law Minister throwing allegations in the media, he is in power why doesn’t he show all proof and then register an FIR. We challenge you. They fear they will be exposed if they probe: RS Surjewala,Congress #CambridgeAnalytics pic.twitter.com/gprvW4EOk7

“Cambridge Analytica is in the dock for information burglary and endeavouring to control voters utilizing unlawful means. It has been built up that Congress was a customer of Cambridge Analytica. Congress Party needs to apologize to the country for information burglary and attempting to control voters,” Prasad posted on Twitter.

“Cambridge Analytica shriek blower Christopher Wylie has acknowledged before British Parliamentary board that Cambridge Analytica worked for the Congress Party.This indicates what we have been stating from the very first moment. Rahul Gandhi has been attempting to redirect consideration all these while,” he said.

“Rahul Gandhi needs to apologize to the country for attempting to subvert India’s decision procedure utilizing the Brahmastra of Cambridge Analytica. The country requests an answer!” he included.

Removing before the Digital, Culture, Media and Sports Committee of the UK Parliament, Wylie stated: “I trust their [CA’s] customer was Congress, yet I realize that they’ve done a wide range of undertakings both territorially… I don’t recall a national venture, I know locally.”

“I mean India is so huge, one state could be as large as Britain. Be that as it may, they do have workplaces there, they do have staff there. I trust I have some documentation in India which I can likewise give to the panel,” he told the British Lawmakers.

A week ago, the administration had issued a notice to Cambridge Analytica, the firm at the focal point of Facebook clients’ information break, looking for its reaction by March 31 on whether it was engaged with abuse of information to profile Indians and impact their voting conduct.

The notice likewise looked for the organization’s reaction to the elements which connected with Cambridge Analytica, the technique utilized by it for ownership of information and whether assent was taken from clients.

“The Ministry of Electronics and Information Technology, Government of India, has issued a notice… To Cambridge Analytica, wherein the genuine break of respectability and abuse of information proposed to profile and impact voting conduct has been featured,” the IT service said in an announcement.