CSB Bank IPO Will Open Today for Subscription ; Factors All You Need to Know

Digital Desk : CSB Bank’s Rs 410 crore initial public offering (IPO) will open for subscription today. The lender, which was founded in 1920, is one of the oldest private sector banks in India.
The bank, which was earlier known as, The Catholic Syrian Bank, has a strong base in Kerala along with a significant presence in Tamil Nadu, Karnataka and Maharashtra.

The issue will close on November 26. The IPO involves a fresh issue of shares of face value Rs 10 each to raise up to Rs 24 crore, and an offer for sale of 1.97 crore shares by existing investors through which it will raise Rs 385 crore.

The share premium has largely helped CSB to show positive book value. The issue is priced at a P/BV of 2.19 based on the post-conversion equity NAV of Rs 89.19 as on September 30. Based on the last three fiscals’ average negative EPS and negative RoNW, the issue is at a negative P/E against the industry average of 18.8.

CSB Bank’s key strategic-investor-cum promoter Fairfax India Holdings – Mauritius that holds a 50.1 per cent stake remains committed and is not tendering any shares in the IPO, a Mumbai-based brokerage firm Emkay said in a note to its clients.

CSB is going for the IPO mainly to meet the RBI’s requirement of listing the bank. CSB in its old avatar as ‘Catholic Syrian Bank’ was plagued with issues relating to unions, weak asset quality and sub-par capital position, pushing the bank to near-PCA like restrictions by the RBI. However, it has seen a major transformation after the appointment of incumbent MD and CEO CV Rajendran, a veteran banker, who also facilitated the on boarding of FIHM (Fairfax) as an investor-cum promoter, calling for a policy relaxation from the RBI.

Current management has done the course correction in the bank by reducing the influence of unions/a religious institution, retiring unproductive staff via voluntary retirement scheme and cutting the NPAs by write-offs, and has now embarked upon the next leg of journey, Emkay report added.

The bank has seen steady decline in gross non-performing assets (GNPA) ratio to 2.9 per cent from a high of 7.9 per cent in financial year 2018, mainly due to heavy write-offs. Within the corporate book, it has consciously increased the share of A and above portfolio to 77 per cent from 35 per cent in financial year 2017 to improve portfolio quality. Exposure to NBFCs/HFCs remains sizable, but the bank claims that bulk of it is to better-rated corporates barring a few, Emkay noted in its report.

The bank has done reasonably well in its first phase of transformation over the past 2-3 years, reducing the influence of unions and religious institution, rationalizing branches/employees and turning it from a capital-starved bank into a capital-excess bank after onboarding investor-cum-promoter Fairfax, Emkay said.

Why Are the So Called Intellectuals Silent on WB Para Teacher Revati Raut’s Death : Locket Chatterjee 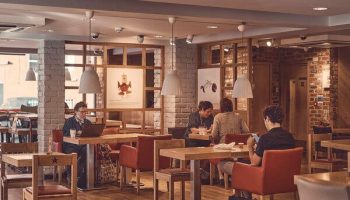