The film is thought to be called Top Gun: Maverick, and will be set in a world of drone technology.

More than three decades later, the sequel – titled Top Gun: Maverick – will be set in the present day and will deal with very modern warfare.

Cruise tweeted a poster of the sequel with the tag line “Feel the need”, a nod to Maverick’s popular dialogue in the original, “I feel the need, the need for speed.” His tweet also indicated that production on the film had begun on Wednesday. Variety reported that the film is being shot in the United States. Top Gun: Maverick will be directed by Joseph Kosinski, who has previously made Cruise-starrer Oblivion (2013) and Tron: Legacy (2010).

The original film was directed by Tony Scott, who died in 2012.

Jerry Bruckheimer, who produced the first Top Gun, will return to co-produce the sequel. Composer Harold Faltermeyer, who created the movie’s iconic synth score, is also back.

The Hollywood actor told Australian show Sunrise last year: “It’s true. I’m going to start probably in the next year. I know, it’s happening. It’s definitely happening. You’re the first people I’ve said it to – you asked me and so I’m telling you.”

Expect to see everyone dressing as wingmen once again before you know it.

It’s been nearly 32 years since Tom Cruise donned his Naval Aviator jumpsuit, but Top Gun is finally getting a sequel

The actor shared a poster confirming that filming has begun on the long awaited Top Gun 2.

Tom Cruise rides a motorbike in new pics from Top Gun: Maverick set as filming on the sequel begins

The 55-year-old action hero – who famously performs his own stunts – looked confident as he hopped on to the bike and zipped up and down a military base.

Tom Cruise was spotted hopping onto a motorbike as filming of the Top Gun sequel got under way. Tom, who famously performs his own film stunts, looked confident on the back of the bike

He took to social media to show himself posing for the first official promotional photo.

Details of the sequel – titled Top Gun: Maverick – have been kept tightly guarded, although it is expected Tom’s character will be seen training fighter pilots.

Drone warfare is also expected to be included in the plot – however the airfield motorbike scenes would suggest the sequel will be paying homage to the original.

Val Kilmer is rumoured to be reprising his role as Tom “Iceman” Kazansky for the sequel.

The image showed Tom as his iconic character Pete “Maverick” Mitchell, dressed in his pilots jumpsuit and clutching his helmet in his hand.

The 1986 film, directed by Tony Scott, told the story of the dynamic and risk-taking naval aviator Maverick, who struggles with his job after the death of his friend and flying partner. Also starring Anthony Edwards, Kelly McGillis, Val Kilmer, Tom Skerritt and Meg Ryan, the film was a big hit at the box office and also won the Academy Award for Best Original Song for Take My Breath Away.

Scott was initially slated to direct the sequel and reportedly started work on it with Cruise. But the film was passed on to Kosinski after Scott committed suicide in 2012.

The supporting cast of the sequel is yet to be announced. “It’s just a different world now, so you can’t remake the first movie,” filmmaker Kosinski told ComingSoon.net in an interview in October last year. “It has to adapt, [but] I certainly want to re-create the experience of that movie, which gives you a front seat into the world of naval aviation and what it’s like to be in a fighter jet.” According to the Navy Times, Paramount pictures required special permission to film at a Naval base in San Diego.

A US Navy spokesperson has said: “This week, specifically 30-31 May, the Navy provided Paramount Pictures access to Naval Air Station North Island in Coronado, CA, to support the Production of Top Gun: Maverick.”

The Navy have also reportedly had a look at the script of the sequel and have provided feedback with suggested revision, according to the Navy Times.

“The military’s approval is key to getting needed support to film on its ships and bases,” the military news outlet notes.

Posting a teaser picture with a famous quote from the original movie, he captioned it “Day 1”, implying that the first day of shooting has started. 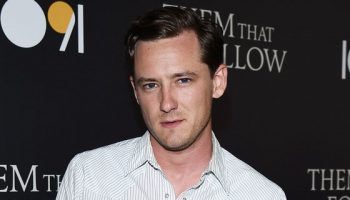 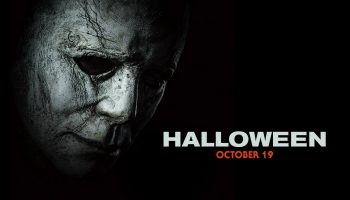