Chennai : In a political development of Tamil Nadu politics, on Friday, the first transgender national general secretary of the Congress’ women’s wing Apsara Reddy has decided to join the AIADMK in the presence of party top brass Edappadi K Palaniswami and O Panneerselvam.

Talking to ANI, Apsara Reddy said “In Tamil Nadu , there has to be a Tamil leader who understands problems of locals. Rahul Sir and Sonia Madam are very distant from Tamil people. I think Congress’ decimal performance across India proves it’s out of touch with people”

Reddy added “I think Rahul Gandhi’s performance Sonia Gandhi’s control over the party have destroyed very root of the party here. Edappadi K Palaniswami and O Panneerselvam have been giving fantastic government in the state for every section of society”

Who is Apsara Reddy ?

Apsara Reddy is an Indian transgender woman who is an Indian politician and journalist. Reddy has worked with The New Indian Express, Deccan Chronicle and The Hindu as a journalist. She has worked with BBC World Service London. With a B.A from Monash University of Australia and M.A from City University of London, Reddy has also addressed the EU Parliament and delivered keynote speeches at Universities like Princeton in the USA.

She has been working in the filed of child abuse and transgender empowerment. She is a vocal champion of women’s right and has organized workshop and protests to convey her massage of gender justice. 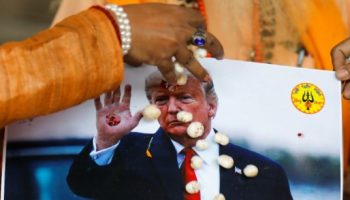