After petroleum and diesel, CNG cost climbed in Delhi and National Capital Region

Marriage is a matter of personal liberty : Gehlot

Jaipur : Veteran Congress leader and Chief Minister of Rajasthan Ashok Gehlot, on Friday, cornered the BJP on the issue of ‘Love Jihad’ and said that the BJP ‘manufactured’ the term to divide the nation and disturb communal harmony.

In a series of tweets, Rajasthan’s CM Ashok Gehlot said “Love Jihad is a word manufactured by BJP to divide the nation and disturb communal harmony. Marriage is matter of personal liberty, bringing a law to curb it is completely unconstitutional and it will not stand in any court of law. Jihad has no place in Love”

‘They are creating an environment in the nation where consenting adults would be the mercy of state power. Marriage is a personal decision and they are putting curbs on it, which is like snatching away personal liberty” Mr. Gehlor added on his Tweet ” It seems a ploy to disturb communal harmony, fuel social conflict and disregard constitutional provisions like the state not discriminating against citizens on any ground”

Actually, the series of tweets from Mr. Ashok Gehlot condemning the issue comes as states ruled by the BJP, including Haryana and Uttar Pradesh, are contemplating bringing a law against ‘Love Jihad’, saying conversion for marriage by force, fraud, lure or instigation will be punshiable by a maximum jail term of five years.

Shivraj Singh Chouhan led Madhya Pradesh government has proposed replacing the 1968 Madhya Pradesh Freedom of Religious Act with The Madhya Pradesh Dharm Swatantrey (freedom of religious) Bill, 2020. Under this bill, the offence of forceful conversion for marriage shall be cognizable, which means that police can arrest someone without a warrant and start an investigation without the permission of the court and non-bailable.

What is Love Jihad ?

‘Love Jihad’ is a term used by right-wing Hindu activists to describe interfaith relationship between a Muslim man and a Hindu woman.

How the black turtleneck came to represent creative genius 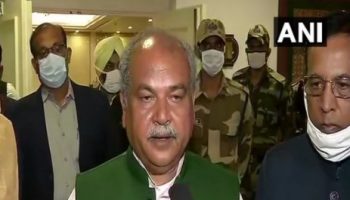 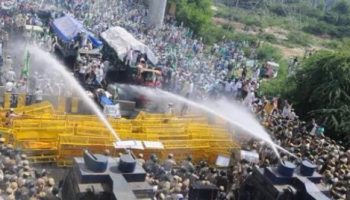