Bicoastal Golden Globes go on without glitz, glamour on Sunday

He also handed over the first driving license generated by the new sub-centre to an applicant. Initially, the sub-centre having six-windows will cater to driving licensing work like issuance and renewals of learners and permanent driving licenses of two and four wheelers and gradually other RTO related work like registration, driving tests and passing of vehicles will be undertaken.

“It is the need of the hour to earmark a land for setting up an independent RTO office for the twin-city and since the preparation of the new development plan was in process, the tagging was possible at this stage,” said legislator Geeta Jain.

Covering an area of 79.4 sq.km, the twin-city which is a blend of urban, rural, industrial and coastal areas has a population of more than 14 lakh. As per rough estimates, out of the 1.43 lakh driving licenses issued by the Thane RTO, around 4.75 lakh holders are from the twin-city.

Similarly, out of the 685 crore annual revenue generated by the Thane RTO, the twin-city contributes a lion’s share of around 115 crore. “The sub-center will save time, fuel and energy of nearly 600 to 700 people who daily travelled to Thane for their RTO related work,” said Pratap Sarnaik.

Statistics clearly indicate that the number of license holders and revenue generated by the twin-city stands at 30% and 17% respectively. 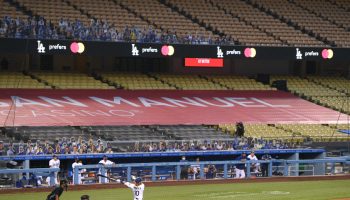 Dodgers, Angels and other California baseball teams can allow a handful of fans when season starts