Mumbai : Indian Meterological Department issued red alert for cyclone Nisarga , which is approaching towards the coastal regions of Daman, Maharashtra and Gujarat. It will cross Harihareswar and Daman coast on the afternoon of June 3. Nisarga will largely impact Mumbai , Thane, Palghar, Ratnagidi , Raigad, Sindhudurg districts and neighbouring areas in Konkan.

Indigo Airlines already caccelled 17 flights to and from Mumbai, to only operate three flights from Mumbai tomorrow.

#CycloneNisarga: IndiGo has cancelled 17 flights to and from Mumbai, to only operate three flights from #Mumbai tomorrow.

Also, due to expected damage in Palghar, the authorities have ordered the people to vacate their villages by 5 p.m. The severe cyclonic storm is expected to hit these regions on Wednesday.

The Palghar district authorities will beharbouring the villagers at St. Mary School in Dahanu. They have also asked the villagers to carry essntial items including food and water.

Navy teams on standby at Mankhurd in Mumbai in view of approaching cyclonic storm.#CycloneNisarga pic.twitter.com/qmwJfbVz9s

It is likely to intesify into a severe Cyclonic Storm during next 12 hours. It is very likely to move north-northeastwards and cross north Maharashtra and adjoining South Gujarat coast between Harihareswar and Daman , close to Alibag (Raigad district of Maharashtra) during the afternoon of June 3 as a severe cyclonic storm with a maximum sustained wind speed of 100-110 kmph gusting to 120 kmph. 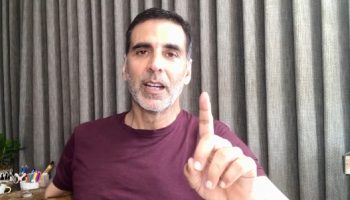 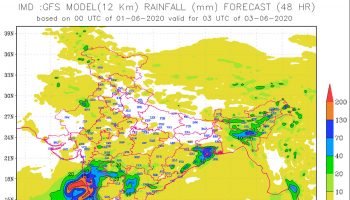 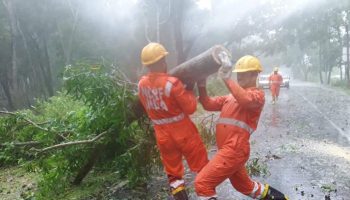