How can Bollywood leading lady Anushka Sharma not take a lead when hubby Virat Kohli has already taken the plunge! We are talking about the #FitnessChallenge that is going viral on social media. Celebrities from all spheres — be it, sports, politics or cinema — are coming in support of #HumFitTohIndiaFit campaign. Yesterday, the challenge was accepted by Indian cricket team captain Virat Kohli who was seen doing butt planks in a video post tweeted by the swashbuckling batsman. He then challenged Anushka Sharma, PM Narendra Modi and former captain MS Dhoni to take the challenge.

And now, in less than a day, Virat’s wife and actress Anushka Sharma has also jumped into the fitness bandwagon. Anushka took to Twitter and posted a video of her lifting weights this morning. Anushka said in the video that she has accepted Virat’s challenge and is up to perform her favorite workout i.e. weightlifting. In the 54 second video, Anushka is seen doing rigorous weight training for the #HumFitTohIndiaFit campaign. “I accept your challenge @imVKohli. Here’s my video for the #HumFitTohIndiaFit #FitnessChallenge. I’d like to nominate my friends, @DipikaPallikal and @Varun_dvn Great initiative @Ra_THORe sir! #ComeOutAndPlay,” tweeted Anushka.

I have accepted the #FitnessChallenge by @ra_THORe sir. Now I would like to challenge my wife @AnushkaSharma , our PM @narendramodi ji and @msdhoni Bhai for the same. ? #HumFitTohIndiaFit #ComeOutAndPlay pic.twitter.com/e9BAToE6bg 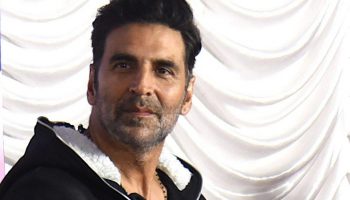 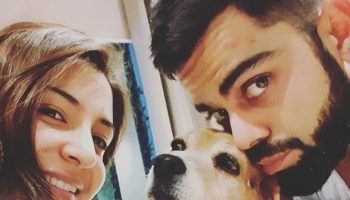