The Golden State Warriors are the cream of the NBA crop after winning their third title in four years. Looming over the league with four All-Stars in their prime, including two recipients of the MVP award and a Defensive Player of the Year, the Warriors sure don’t seem like they’re under threat.

So when you’ve got an embarrassment of riches like that, how much does NBA free agency really matter?

Well, quite a lot actually. The NBA never rests, and other teams are always coming for that crown. While the games are won and lost on the hardwood between October and June, it’s often the NBA’s annual free agency bonanza in July that decides who is left standing when the confetti and streamers pour down.

For the Warriors, this is another big summer. Although they are restricted by the NBA’s salary-cap system, they’ll still look for ways to be creative and stay one step ahead of the competition. It’s their last year playing in Oakland before their big move to the Chase Center, so they’ll want to go out with a bang.

It’s also their last year before they collide head first with the dreaded “repeater tax,” where the luxury-tax payments teams operating over the cap have to pay are multiplied exponentially. Any value they can extract from a tight free agent market will pay off double later down the line.

So what’s their order of business?

Kevin Durant Is Back

The most important piece of business was taken care of early. Before free agency even officially began, reports leaked that Kevin Durant would be re-signing on a two-year deal starting at $30.5 million, with a player option in the second year.

Durant’s return was never in doubt, despite LeBron James’ equivalent of the phone call from the parking lot. What was in question, though, was the amount and the number of years. By taking this one-plus-one deal, Durant effectively took around $5 million less this year than he could have if he’d taken a longer-term deal. It does, however, set him up to sign a monster five-year, $221 million deal next summer, when he will be 30.

For the Warriors, the savings this year may make it easier to stomach the luxury-tax penalties for using the main tool at their disposal: the taxpayer Mid Level Exception, which starts at just over $5.3 million. The consequence is that the bills will rack up later on as they try to juggle paying all those All-Stars while operating deep in the repeater tax.

Changing of the Guard

Following on from the NBA Finals, General Manager Bob Myers and coach Steve Kerr telegraphed their strategy to avoid the malaise that plagued a frankly bored Warriors team throughout the regular season.

That strategy? Drinking the elixir of youth. Older veterans such as Zaza Pachulia, David West, Javale McGee and Nick Young are expected to give way to younger models in Jordan Bell, Damian Jones and new draft pick Jacob Evans.

It’s an interesting inflection point where the core All-Stars begin to take on the role of wise sages on the team. The hope is that this youth movement can provide more energy and enthusiasm during the regular season while still being signed to good-value contracts.

Tied to this is a concern exposed by the Houston Rockets in the Western Conference Finals, as the Warriors were almost caught out by a strange roster construction that left them with six centers in a series where Draymond Green was the best option to man the middle. Their vaunted small ball really suffered as an injury to Andre Iguodala forced them to hand crucial minutes to the mercurial Nick Young.

In the end they escaped the danger, but there’s no question that the league is trending more toward the versatile, switching defenses and the emphasis on speed, skill and shooting that the Warriors themselves pioneered. The need for players who can credibly stay on the floor against James Harden and Chris Paul — or, for that matter, a healthy Boston Celtics team boasting several top-tier prospects on the wings — is acute.

Two of the young players the Warriors hope to hand over the reins to are themselves free agents: Pat McCaw and Kevon Looney.

McCaw is perhaps the easier of the two to keep. He is a restricted free agent, meaning that the Warriors can match offer sheets he gets from the market. McCaw had a strong rookie season, but 2017-18 was not kind to him. He struggled throughout the year and then suffered a potentially devastating injury when he was undercut while in the air. Fortunately he recovered and made some cameo appearances toward the end of the playoffs, but his value this summer is likely fairly limited around the league.

Kevon Looney is a trickier situation. The third-year forward had a breakout year and led the Warriors centers in minutes throughout the playoffs. However, all this came after the Warriors declined to pick up his option following a slow start because of injuries in his first couple of years. It was an understandable decision at the time, but they are now limited to what his option would have been, around $2.2 million.

Looney has earned whatever contract offers he gets this year. After an impressive display in a very close Western Conference Finals where he used his length and smarts to great effect, you’d expect the offers to come rolling in.

Can the Warriors leverage a tight free-agent market?

However, the Warriors may be helped by the very tight free agent market this year.

The new TV deal led to a huge increase in the NBA salary cap in 2016. A splurge in spending followed that summer, and humongous contracts were handed out to mediocre players. League-wide, books are now clogged up with overinflated contracts until next year at the earliest.

Coupled with the cap rising more slowly than originally anticipated, there’s really not a lot of money around this year. This pressure in the market could help the Warriors both retain their younger free agents and allow them a real opportunity to extract greater value for their taxpayer mid-level exception.

And now that the Warriors have tied up Durant early, they can enter the free agent market with some clear goals: get younger, shift the balance on the roster, and extract as much value as possible from the limited tools at their disposal. 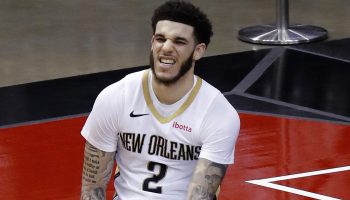 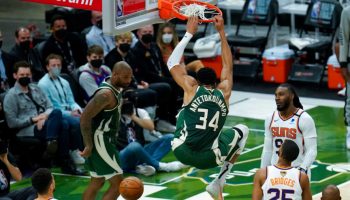 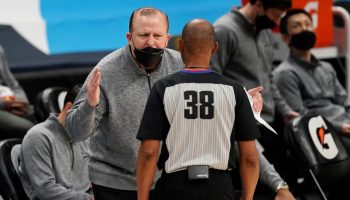 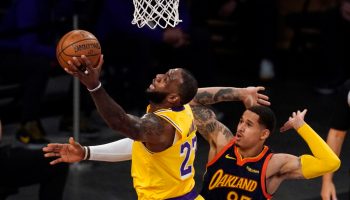 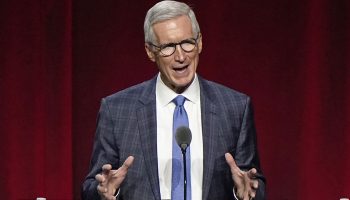