Serena Williams has revealed the news from her initial doctor’s examination was “super exciting” after she was forced to pull out of the French Open.

Serena Williams withdrew shortly before her highly-anticipated fourth-round clash with Maria Sharapova at Roland Garros on Monday, citing a right pectoral injury that prevented her from serving. The American is expected to undergo an MRI scan in Paris on Tuesday but had seen one doctor earlier in the day.

“So today has been interesting already,” Serena said via a story posted on her Instagram channel. “I just finished one exam with one doctor, and the news is actually super exciting, so I’m really happy about that.

The 23-time grand slam champion had been scheduled to take on familiar foe Maria Sharapova in the fourth round at Roland Garros on Monday, only to withdraw with a pectoral problem that had left her physically unable to serve.

Williams’ appearance in Paris was her first at a major since winning the 2017 Australian Open, after which the 36-year-old took time out of the game to give birth to her first child.

Her withdrawal in the French capital raised fears that she may not recover in time for Wimbledon, which gets under way on July 2, but Williams posted a video to her Instagram story on Tuesday which indicated the early prognosis from medical staff was promising.

Williams had worked hard to get back in shape and was making her Grand Slam comeback at the French Open following the birth of her daughter Alexis Olympia last September.

Despite starting the tournament with a notional ranking of 451 and having played only four matches this year, she played impressively in her three wins in Paris, beating seeds Ashleigh Barty and Goerges in rounds two and three.

“I gave up so much to time with my daughter and my family and put everything on court for this moment,” she said.

“Physically I’m doing great, it hasn’t been easy, I sacrificed so much to be at this event. I’m going to continue to get better. I had such a wonderful performance in my first Grand Slam back.”

Sharapova, herself making a comeback after missing the last two French Opens following a doping ban, will face either Garbine Muguruza or Lesia Tsurenko in the last eight.

Her clash against twice French Open champion Sharapova, who she has beaten 18 times in a row, had received huge pre-match billing and the American said she was “beyond disappointed” that she could not take to court.

“I’m having an MRI soon but I wanted to keep you guys totally updated. While I wait, I clean because cleaning gives me calm and peace but thanks for the support and love and understanding,”

“Hopefully you guys can be there to continue to keep cheering me on. I love you guys.”

“It’s been incredibly frustrating, but also I’m excited because I feel like I’ve been playing really, really well and I can only go up,” Williams said on Instagram. “And I’m looking so forward to going up. And hopefully you guys will be there to continue to cheer me on. I love you guys.” 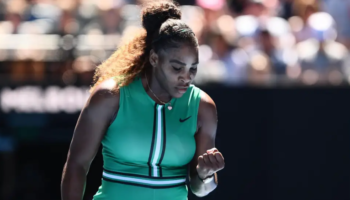 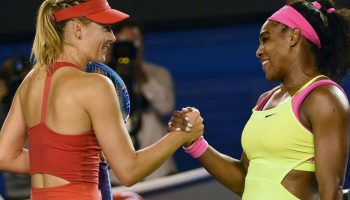 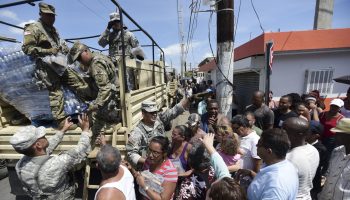