Xiaomi has unveiled its latest flagship phone Mi 8 in China. The launch took place at an event held in Shenzhen, where the company also unveiled its latest AI-powered MIUI 10 OS along with a host of other products. This year’s annual launch event was special as it also commemorated the company’s 8th year anniversary.

In addition to the regular Mi 8 smartphone, the company also launched a special variant, Mi 8 Explorer Edition, which has additional features such as in-display fingerprint sensor, transparent back and 3D face recognition.

Specification At a glance:

Xiaomi Mi 8 sports a 6.21 inch Full HD+ AMOLED notched display with a resolution of 2248 x 1080p and an aspect ratio of 18.7:9. The phone sports a glass and metal design, with a 2.5D curved glass. It is available in white, blue, gold and black colour options. The phone runs on the latest Qualcomm Snapdragon 845 processor which is supported by LPDDR4X RAM.

The notch on the front has a 20MP camera, proximity sensor, earpiece, an Infrared Lighting and an Infrared lens. The phone supports Face Unlock feature thanks to the Infrared sensor and the Infrared lens. According to Xiaomi, the phone can detect a face even in darkness and cannot be fooled by a photo or a video of the person.

On the camera front, the device comes with 12MP + 12MP dual rear cameras with 1.4 micron pixel, 4-axis OIS. The camera setup consists of wide-angle lens and a telephoto lens with f/1.8 and f/2.4 aperture rate respectively and an LED flash. The phone packs in a 20MP front camera with f/2.0 aperture rate on the front notch.

In addition to the regular variants, the company has also unveiled a special Explorer edition of the Mi 8 phone. The phone is available in 8GB RAM and 128GB storage variant and is priced at CNY 3,699 (about Rs. 39,000).

Xiaomi has officially launched its latest flagship smartphone as the all-new Mi 8 at an event in China today. The Xiaomi Mi 8 launch comes as the 8th year anniversary celebration of the Chinese technology major. Alongside the regular variant of the smartphone, a limited edition by the name of ‘Explorer Edition’ has also been introduced at the launch event.

As for its specifications, the Xiaomi Mi 8 sports a 6.21-inch AMOLED Full HD+ display by Samsung that comes with an 18.7:9 aspect ratio and a 2248X1080 pixels resolution. The Mi 8 is also the first smartphone by Xiaomi to come with a notch display which can also be hidden by the user. The device is powered by a Qualcomm Snapdragon 845 SoC and carries a 6GB RAM and three different storage options, 64GB, 128GB and 256GB. The Mi 8 comes with a USB Type-C port and a Dual GPS support, binding together the L1 frequency with L5 frequency used in the aeronautical industry.

In terms of optics, the Xiaomi Mi 8 carries a dual camera setup at the back with two 12-megapixel sensors with f/1.8 and f/2.4 aperture, the former being a Sony IMX363 sensor and the latter being a Samsung S5K3M3 telephoto sensor. At the front, the device houses a 20-megapixel selfie shooter with f/2.0 aperture and offers features like AI portrait selfies and AI Beautitfy.

Xiaomi claims that the Mi 8 received a 99 points overall rating on the DxOMark, a better score than Xiaomi’s own Mi Mix 2S and the Apple iPhone X, both of which scored a 97. On AnTuTu, the device scored a whopping 301,472 as per Xiaomi, a highest ever score on the testing platform.

The Mi 8 Explorer Edition will have only one variant with 8GB RAM and 128GB storage which is priced at CNY3,799. 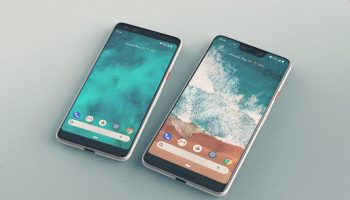 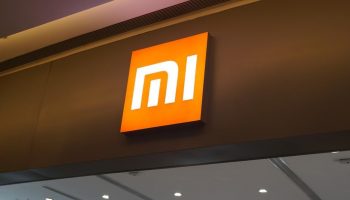 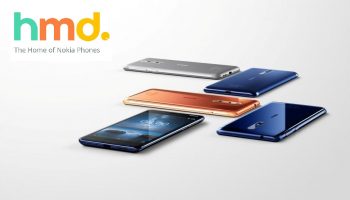