If it wasn’t crystal clear that anyone and everyone could get killed on Starz’s hit series Power, especially after the murder of Ghost’s daughter Rania, then the upcoming new season will make it even more evident.

On the heels of Sunday’s premiere, showrunner Courtney Kemp told Newsweek that fans should expect Season 5 of the series to be just as shocking as the last—if not more—and full of twists, turns and unexpected events. “It’s more intense. It’s more visceral. And I think it’s more tragic,” Kemp said during Power’s Season 5 red carpet premiere on Thursday.

While Kemp wouldn’t spill about the many characters whose lives are at stake in Season 5, she did say just about any and everyone is susceptible to dying when the show returns.

It’s been a long 10 months since the last episode of Starz’s No. 1 show aired, but thankfully, the national nightmare is over. And in honor of the season 5 premiere, we’re introducing a weekly recap of the series called “The Power power rankings,” where after each episode, we’ll decide which Power players have the most, well, power.

So strap in and up, because this is where it goes down.

What a long way Dre has come since his arrival in season 2. Ghost has made a lot of mistakes, but hiring Dre might be his biggest mistake — and smartest decision (I mean, the guy is a go-getter!). He’s found a way to rise to club mogul, distro, and unkillable. Not many people could stand a chance against Ghost, Tommy, and Kanan, but Dre keeps finding a way to survive, thanks to Tariq, the Jimenez siblings, and his prowess under the sheets. Things do look a little rough at the start of the episode for Dre, considering he sees cops at Ray Ray’s place and Cristobal informs him that the hitters who went after Kanan never came back. But with the help of his little buddy Tariq, Dre quickly rebounds, escaping the clutches of both Kanan and Tommy’s hitters. He’s soon able to turn the tables, officially making Kanan, Tommy, and Ghost targets of the Jimenezes, even daring to hand deliver the La Araña card to Ghost at Raina’s grave. That takes some cojones.

Life is going great for Saxe, better than even he knows. With Maria Suarez as an earwitness, Angela’s longtime office nemesis is making strides in his investigation into Ghost and Tommy, and now he has his boss, Tamika, so suspicious of Angela that she wants to keep her away from Suarez. How does that sit with Saxe? Well, his smug smile says it all. Just imagine how wide his grin would be if he knew Angela was currently knee-deep into helping the St. Patricks cover up a murder.

What was my first thought when I realized the song playing during the episode’s final montage/credits was “Principles” by Fabolous and Jadakiss? “Good for them!!” Let’s hope this is the beginning of a comeback for the two mid-2000s heavyweight rappers. Hey, creator Courtney Kemp, any chance we can get a Ja Rule and Ashanti song next?

Tasha’s lawyer-turned-lover-turned-lawyer doesn’t have much to do here, but when he does, he’s making out with Tasha. Not a bad gig if you can get it.

“Kanan’s not Superman,” opines Cristobal. Dre disagrees, declaring, “No, no, he’s Superman, if Superman was mean as s— and half burnt to a crisp.” While Kanan was the recipient of a Jimenez card, at least his reputation in the streets is still badass! Despite the whole “cartel wants to kill him” thing, Kanan should be happy with his situation considering he’s back in with Ghost and Tommy, probably even more so after he saves them from their possible ill-fated showdown with Dre.

Admittedly, this might seem a little high for someone who just lost their daughter. My defense is that no one in the bottom five is doing too hot, so this is like being the smartest person at the Jersey Shore. Instead of just rightfully grieving, Tasha has a lot to deal with, including asking LaKeisha to give them an alibi, convincing Angela to help cover up Ray Ray’s murder, and beefing with Ghost, who seems to be solely focused on Dre. “We will all feel better once this over, once we get Dre,” he insists, to which she responds, “I will never feel better — ever.” Oh, and in previously mentioned good news, she makes out with Terry. Post-Raina’s funeral doesn’t seem like ideal timing, but the heart wants what the heart wants.

While our favorite lawyer may have his license suspended and doesn’t even know “who the f—” Kanan is, Joe isn’t letting that get him down. His confidence is sky-high, and I guess mine would be too if I had that incriminating computer in my back pocket.

The episode begins with Angela rushing out of Ray Ray’s apartment to get fresh air as she recounts her unwitting participation in the murder. Wanting to distance herself from the case, she asks an officer to leave her out of the report, which catches the attention of Internal Affairs’ Blanca Rodriguez. And things only get worse from there! Angela soon is in even deeper when she confronts Tasha, who reveals that it was Tariq, not Ghost, who pulled the trigger. Speaking of triggers, Angela says it’s only a matter of time until they trace the bullet found in the wall to Tasha’s gun. What’s the solution? Angela needs to log in as another user and delete the info. After initially hesitating, she goes through with it. I’m sure that won’t come back to haunt her!

This hurts so much that I couldn’t separate our favorite duo. It was a tough first episode for Tommy and Ghost, whether they were laying their niece/daughter to rest, getting lured into an almost fatal shootout with Dre, or receiving those not-so-playful playing cards. At least they have their old running partner back. But can they trust him? “You set me on fire, n—, not the other way around,” Kanan argues to Ghost. Fair point. And Kanan does prove to be useful when he saves them from being killed by Dre and Cristobal.

Hell-bent on vengeance for his daughter’s death, Season 5 will likely see Ghost resorting back to the murder some ways of his past as he realigns himself with his old drug partner and brother-in-crime Tommy and his former archnemesis Kanan. From the looks of the Season 5 trailer, the trio of men will be taking up arms and working together to get to the bottom of Rania’s murder while simultaneously resulting to gun-fire to deal with their own personal battles.

Ghost, Tommy and Kanan’s re-formed bond isn’t the only alliance set to unravel on Season 5, though. The St. Patrick patriarch’s mistress Angela Valdez (Lela Loren) and his wife Tasha also appear to be teaming up in the wake of Rania’s death.

In a recent interview with TV Guide, Loren dished on the women’s newfound partnership and said the issues of their past and Angela and Ghost’s old flame are officially irrelevant. “What’s going on with the love triangle doesn’t matter. Raina’s death levels everybody. It’s the crack in the foundation,” she said. 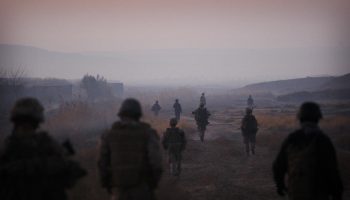 Analysis: How Afghan war showed limits of US military power 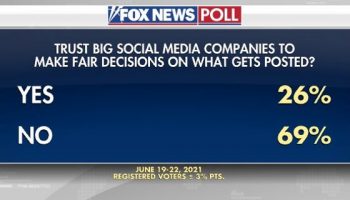 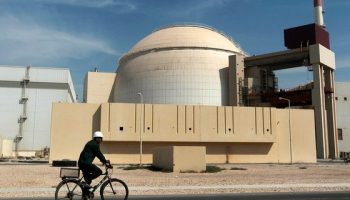