Leftist Andres Manuel Lopez Obrador has claimed victory in Mexico’s presidential election, calling for reconciliation after what he called a “historic day.”

Mexico elected leftist candidate Andrés Manuel López Obrador in a landslide victory on Sunday, according to exit polls showing the former mayor with double-digit leads over his competitors.

López Obrador, 64, mounted his third bid for the presidency with promises to rein in widespread corruption and fight poverty within the country. A former mayor of Mexico City, he will replace current President Enrique Peña Nieto and has promised to upend traditional party politics.

He would be the first leftist president in decades, according to Reuters.

“For the good of Mexico, I wish him the very best of success,” Meade said in his concession speech.

Lopez Obrador ran on a populist platform to break what he described as the grip that elites — or “power mafia” — have on Mexican society.
He said he would lower the salaries of top officials and give those at the bottom a pay raise. He promised to sell the presidential planes, turn the presidential palace into a public park and cut his own salary in half.
The former mayor of Mexico City began his political career as a member of the ruling Institutional Revolutionary Party (PRI). He later joined the Party of the Democratic Revolution and more recently formed his own party, the National Regeneration Movement — known by its Spanish acronym as MORENA.
Despite his long political resume, many observers considered the 64-year-old candidate an outsider and his anti-establishment stance has seen him compared to US President Donald Trump.
However, Duncan Wood, the director of the Wilson Center’s Mexico Institute told CNN’s Rafael Romo that Trump was an anti-politician while Lopez Obrador was a life-long professional politician.
“I think that’s the single most important thing to say about AMLO versus Trump. But they do share certain characteristics. In terms of economic policy, both Donald Trump and Andrés Manuel (Lopez Obrador) are economic nationalists.”
Wood said that Lopez Obrador had run a “nearly flawless campaign.”
“He’s hit all the right notes with the Mexican people,” Wood told Romo. However his critics say he has an authoritarian streak and could be Mexico’s Hugo Chavez, referring to the Venezuelan President who led his country to socialism and economic ruin.
This race marks Lopez Obrador’s third presidential bid. After he lost the presidential election in 2006, he called the results a fraud.
Back then, Lopez Obrador called himself “the legitimate president of Mexico,” and his supporters protested nationwide. In Mexico City, they staged sit-ins and blockades. and spent weeks camping out in protest with thousands of supporters in Mexico City.
He alienated many Mexicans and lost again by a wider margin in 2012.
After his second loss, Lopez Obrador claimed fraud kept him from winning the presidency and filed a legal challenge to invalidate the vote. However the nation’s electoral tribunal ruled that the demand to invalidate the election was “unfounded” and that Lopez Obrador’s coalition didn’t prove any constitutional violations or that the process hadn’t been free and fair.
But after years of gang violence and corruption scandals involving traditional parties, it appears Lopez Obrador has succeeded in his presidential goal.

López Obrador, also known as AMLO, has won mass appeal among the populace with sweeping promises to sell the presidential plane, cut his salary if elected and bolster the wages of the civil servants. He’s also pledged to save some $20 billion a year by combatting corruption, money that would be diverted to social programs, although it’s unclear where that figure comes from, according to The New York Times.

His victory represents a resounding defeat for Peña Nieto’s ruling Institutional Revolutionary Party, or PRI, which has lost popularity in recent years amid turmoil with President Donald Trump. All of the candidates had lambasted the American leader, but López Obrador has stressed the need to work with the United States, saying that the countries would “have to come to an agreement.”

“We are going to maintain a good relationship,” López Obrador told the Times last month. “Or rather, we will aim to have a good bilateral relationship because it is indispensable.”

Trump congratulated López Obrador on Twitter on Sunday evening, saying he looked “very much forward to working with him.”

Congratulations to Andres Manuel Lopez Obrador on becoming the next President of Mexico. I look very much forward to working with him. There is much to be done that will benefit both the United States and Mexico!

His critics, however, have warned that López Obrador could escalate a trade war with the U.S., according to The Washington Post. Others are concerned that some hazy campaign pledges will be difficult to carry out.

“I am concerned that some candidates are making proposals that are impossible, because they’re very expensive,” one voter told The Associated Press before the election.

Sunday’s elections were the largest ever in Mexico with more than 3,200 elected positions up for grabs, including 628 members of the National Congress. Voters also cast ballots for some 1,500 mayoral posts around the country.

The electoral season has been one of the most violent in recent history as criminal groups have moved to assassinate more than 130 candidates and political operatives since last fall, the Times reports. Some parties have struggled to find people willing to run in local elections, and hundreds of candidates had withdrawn their names in fear.

An official “quick count” of the election results is expected around midnight on Monday morning, according to Reuters. 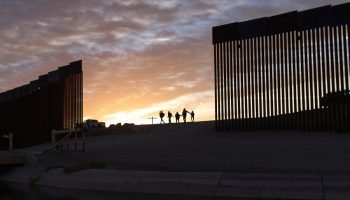 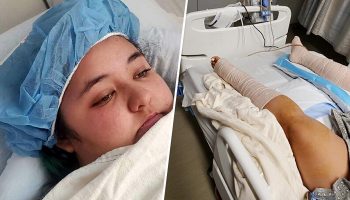 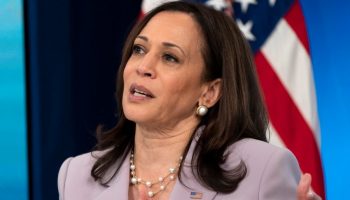 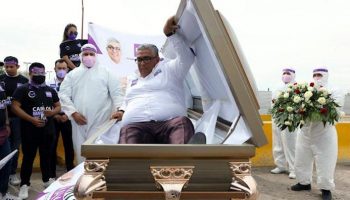 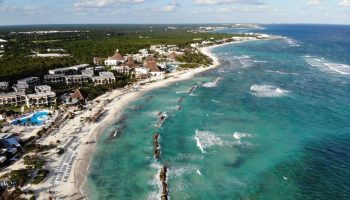