Anthony Bourdain’s death by suicide on Friday prompted an outpouring of grief, with fellow celebrities, friends, foodies and fans paying tribute to a man who charmed many with his unvarnished, compassionate commentary on food and life.

The appreciations of Mr. Bourdain’s writing and television shows came from all corners, including from former President Barack Obama, who shared a meal with Mr. Bourdain in Vietnam in 2016, and at least one retired astronaut who recalled enjoying Mr. Bourdain’s work from the farthest perch.

“Low plastic stool, cheap but delicious noodles, cold Hanoi beer.” This is how I’ll remember Tony. He taught us about food — but more importantly, about its ability to bring us together. To make us a little less afraid of the unknown. We’ll miss him. pic.twitter.com/orEXIaEMZM

“I watched his show when I was in space,” Scott Kelly, the NASA astronaut, wrote on Twitter. “It made me feel more connected to the planet, its people and cultures and made my time there more palatable. He inspired me to see the world up close.”

In a statement posted to Twitter, the actress Asia Argento, Mr. Bourdain’s girlfriend, said she was “beyond devastated” by his death.

“His brilliant, fearless spirit touched and inspired so many, and his generosity knew no bounds. He was my love, my rock, my protector,” she wrote.

Here’s what Mr. Bourdain’s friends and fans had to say about his death and legacy.

Chefs and food writers remembered Mr. Bourdain fondly for his friendship and the role he played in shaping how his readers and viewers understood food and culture.

“Anthony was a dear friend,” Eric Ripert, the French celebrity chef and restaurateur, said in a statement provided to The New York Times, which he later tweeted a version of. “He was an exceptional human being, so inspiring and generous. One of the great storytellers of our time who connected with so many. I wish him peace. My love and prayers are with his family, friends and loved ones.”

Anthony was my best friend. An exceptional human being, so inspiring & generous. One of the great storytellers who connected w so many. I pray he is at peace from the bottom of my heart. My love & prayers are also w his family, friends and loved ones. pic.twitter.com/LbIeZK14ia

Andrew Zimmern, the American celebrity chef, said that Mr. Bourdain had been in good spirits in recent months.

A piece of my heart is truly broken this morning. And the irony, the sad cruel irony is that the last year he’d never been happier. The rest of my heart aches for the 3 amazing women he left behind.
Tony was a symphony. I wish everyone could have seen all of him. A true friend.

“The irony, the sad cruel irony is that the last year he’d never been happier,” Mr. Zimmern wrote on Twitter. “The rest of my heart aches for the three amazing women he left behind. Tony was a symphony.”

Stunned and saddened by the loss of Anthony Bourdain. He brought the world into our homes and inspired so many people to explore cultures and cities through their food. Remember that help is a phone call away US:1-800-273-TALK UK: 116 123

Many praised Mr. Bourdain for inspiring others to care more deeply about food.

.@Bourdain changed the way we thought about restaurants and the people who worked there, and started a fascination with kitchen staffs that will lead to better working conditions. But that voice. Nobody wrote like him, though many tried. https://t.co/SQbuXJoeGN

“You shaped the way we see food, how I travel,” Dale Talde, the owner of several restaurants in New York and elsewhere, said on Twitter.

You shaped the way we see food, how I travel, blessed to have worked with you and known you and sorry you had to eat my miso butterscotch scallops R.I.P homie https://t.co/tCs8if88xa

Many remembered Mr. Bourdain as an expressive and gifted storytellerwhose honesty and empathy opened minds.

“Unapologetic, passionate and one of the best storytellers on the planet,” Chrissy Teigen, a model and cookbook author, wrote on Twitter. “Thank you for making food so exciting. And always standing up for everything right.”

Anthony. One of my idols. Unapologetic, passionate and one of the best storytellers on the planet. Thank you for making food so exciting. And always standing up for everything right. Horrible. Why why why. Be at peace now 🙁

Lin-Manuel Miranda, the creator of the hit musical “Hamilton,” expressed gratitude for Mr. Bourdain, who had converted Mr. Miranda into an adventurous eater.

Bourdain's exceptional writing made this one formerly picky, fearful eater very brave and want to try everything and I'll always be grateful for him and the worlds he opened

“Anthony Bourdain mastered the art of uncovering, employing the kind of immersive journalism that informed new perspectives and gave new meanings,” Goldie Taylor, a journalist and author, wrote on Twitter.

Anthony Bourdain mastered the art of uncovering, employing the kind of immersive journalism that informed new perspectives and gave new meanings. His talent, as with every gifted storyteller, was context.

Much of Mr. Bourdain’s appeal was rooted in his embrace of new foods and cultures, which he eagerly approached with generosity and receptivity.

I ate with Bourdain. Probably 2004. He was big even then but he took time to sit with me in Chinatown to talk “weird” food for a magazine piece I was writing. He taught me that our “weird” is the world’s delicious. We ate chicken feet. The afternoon vibrated with life. RIP

“One of the nicest people I’ve ever met — and so genuinely a celebrant of communities and their foods — which had, for Anthony, a spiritual value,” Joyce Carol Oates, the author, wrote on Twitter.

totally unprepared for the loss of Anthony Bourdain.
just–catastrophic. unreal.
one of the nicest people I've ever met–& so genuinely a celebrant of communities & their foods–which had, for Anthony, a spiritual value.

Another author, Gary Shteyngart, remembered taking Mr. Bourdain to Brighton Beach in Brooklyn for an episode of the show “No Reservations.”

“He was gracious, brilliant and charmed every surly Russian in sight,” Mr. Shteyngart wrote.

I took Bourdain out to Brighton Beach for Season 3 of No Reservations. He was gracious, brilliant and charmed every surly Russian in sight. Everyone struggles. Each life comes with a long catalogue of pain.

What a loss. I can't think of anybody who more thoroughly embodied that line from a Roman play: "Nothing human is alien to me." https://t.co/BxPdlIH5Rx

Mr. Bourdain was also remembered for the compassion and humanity he showed, in ways big and small, outside the world of food.

The chef José Andrés, who was recently in Europe with Mr. Bourdain, said in a tweet: “You still had so many places to show us, whispering to our souls the great possibilities beyond what we could see with our own eyes…you only saw beauty in all people.”

My friend..I know you are on a Ferry going to somewhere amazing…..you still had so many places to show us, whispering to our souls the great possibilities beyond what we could see with our own eyes…you only saw beauty in all https://t.co/Ltw9HrCBb2 will always travel with me https://t.co/Yv4Ntud6X0

“At a time in my career when people still looked through me at parties to see if someone more important was on the other side, Bourdain shook my hand and asked me what I care about,” she wrote on Twitter. “I’ve paid the gift forward in a thousand handshakes since.”

At a time in my career when people still looked through me at parties to see if someone more important was on the other side, Bourdain shook my hand and asked me what I care about. I’ve paid the gift forward in a thousand handshakes since.

Others celebrated his honest embrace of the #MeToo movement, not only through his support of Ms. Argento, his girlfriend and one of many women who accused Harvey Weinstein of sexual assault, but also through his own introspection as a man.

Bourdain was one of the men out there doing work of reexamination & personal reflection & of truly listening to women, perhaps spurred by, but not limited to, Asia Argento. In addition to loving his writing & his show, I deeply appreciated this effort. https://t.co/PjsBKTtco5

Bourdain was one of the only entertainment guys I saw talking about holding himself to a standard above "not guilty" https://t.co/UHJNMSvNIQ

Mr. Bourdain was also praised for using his prominence to shine a spotlight on strife around the world, with many sharing a short speech he gave in accepting an award from the Muslim Public Affairs Council for an episode on Israel and Palestine.

Here is Anthony Bourdain with a group of children in Gaza. Thank you for shining your light on the dark places. pic.twitter.com/225CETUQZd

In the speech, Mr. Bourdain described the episode as hardly unusual in that it showed “regular people doing everyday things — cooking and enjoying meals, playing with their children, talking about their lives, their hopes and dreams.”

“It is a measure I guess of how twisted and shallow our depiction of a people is that these images come as a shock to so many,” he said. “The world has visited many terrible things on the Palestinian people, none more shameful than robbing them of their basic humanity. People are not statistics, that is all we attempted to show.”

Anthony Bourdain and Anderson Cooper preview the series premier of “Parts Unknown,” an episode which features a trip to Vietnam and dinner with Barack Obama – A Video by CNN 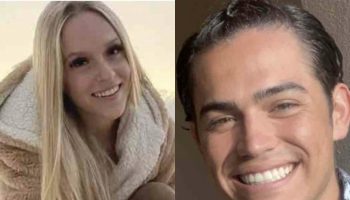 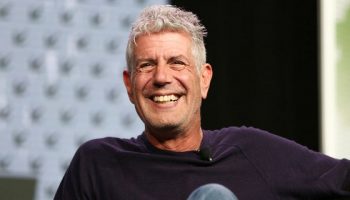 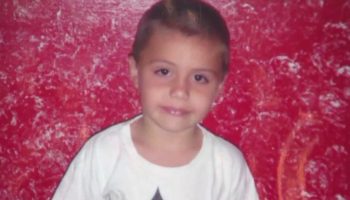 Dr. Nicole Saphier: COVID and Anthony Fauci – here’s the best thing he can do right now 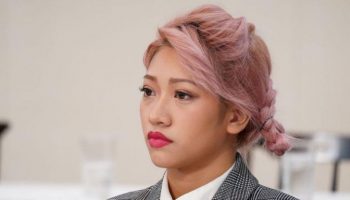