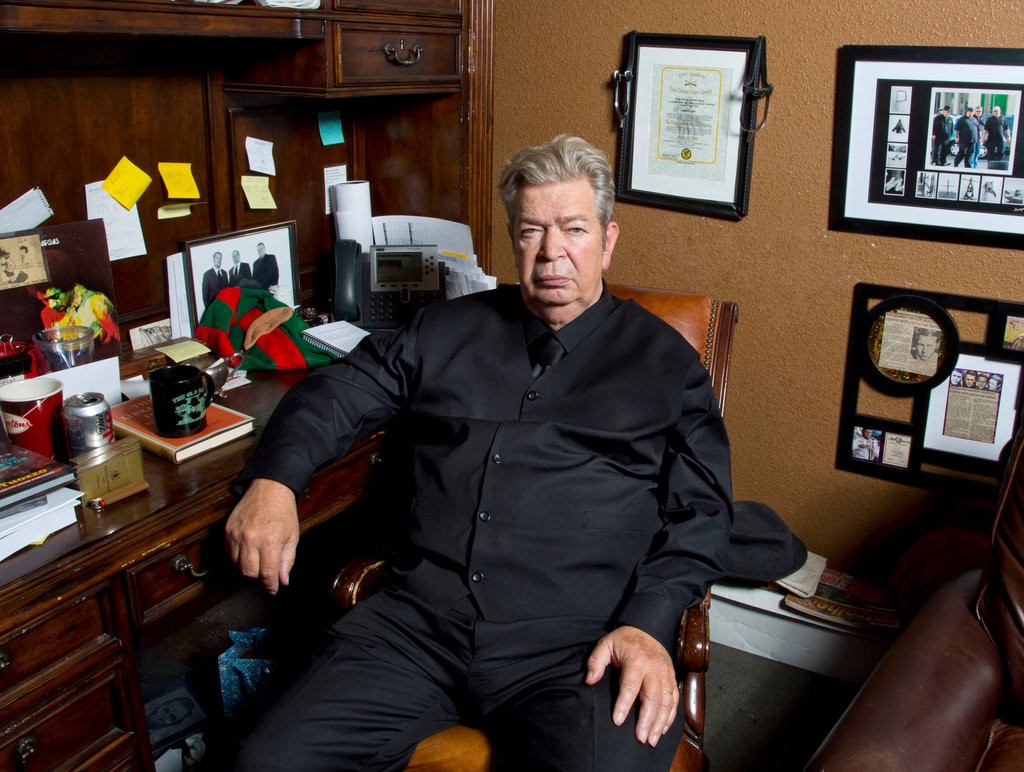 Richard Harrison, best known to viewers of the History Channel reality series “Pawn Stars” as “The Old Man,” died Monday morning.  According to his son, Rick Harrison “The Old Man” died after a long battle with Parkinson’s Disease at 77.

According to a biography on History’s website, Mr. Harrison was a Navy veteran who opened his shop in the 1980s. Three generations of Harrisons eventually worked together in the store.

“Pawn Stars” had its premiere in 2009 and became one of History’s highest-rated shows. It charts the relationships between the Harrisons and other employees and shows them dickering with customers who are trying to sell or pawn objects that they claim are unusual, historically significant or otherwise valuable.

The website for Gold & Silver calls Harrison “the brains behind the brawn” of the pawn shop, having moved to Las Vegas after retiring from the Navy and losing in the real estate market.

He frequently appeared on “Pawn Stars,” the History Channel reality series centered on the daily business of Gold & Silver in Las Vegas, which he co-owned with his son Rick Harrison.

Rick Harrison, who co-starred with his father on the series, said on Instagram that his father died “surrounded by those he loved.”
“He was my hero and I was fortunate to get a very cool ‘Old Man’ as my dad,” he wrote. “He lived a very full life and through the History television show ‘Pawn Stars’ touched the lives of people all over, teaching them the value of loving your family, hard work, and humor.”

Rick Harrison added: “We appreciate everyone’s thoughts and prayers and ask that we are provided some privacy at this time.”

“Pawn Stars,” which has been one of History’s most popular programs since its debut in 2009, follows the action inside the family’s 24-hour Las Vegas business, World Famous Gold & Silver Pawn Shop.

“We are deeply saddened by the loss of our friend Richard ‘The Old Man’ Harrison, a beloved member of the HISTORY and @pawnstars family,” History said in a statement posted to social media. “He will be greatly missed for his wisdom and candor. Our thoughts are with the Harrison family during this difficult time.”

We are deeply saddened by the loss of our friend Richard ‘The Old Man’ Harrison, a beloved member of the HISTORY and @pawnstars family. He will be greatly missed for his wisdom and candor. Our thoughts are with the Harrison family during this difficult time pic.twitter.com/2lPb3jUazf

Details on the services for Richard Harrison are pending, according to a statement posted to the business’s Facebook page.
“The team at Gold & Silver Pawn and the Pawn Stars family is grieving his loss,” the statement added. “He will be remembered as the best father, grandfather, and great-grandfather you could have by his family and by fans as the sometimes grumpy (always loving, however), often wisecracking, and voice of absolute reason on the History television show ‘Pawn Stars.'”

Services for Richard Harrison are pending, according to the statement.

“He will be remembered as the best father, grandfather, and great-grandfather you could have by his family,” Rick Harrison posted on Facebook.

Laura Herlovich is the show’s publicist. She has fond memories of the old man.

Today I lost a friend, a father, a teacher and so much more. The Old Man lost his long battle with Parkinson’s this morning. Love you Dad. See you on the other side

“He was so special and he was the heart and soul of this whole operation. He may be gone but he’s left a piece of him with all of us,” Herlovich said. “I made him laugh one day. He’s hard to make laugh. I don’t know what I said but I made him laugh and his smile was the cutest smile ever. I felt so accomplished all day. I was like oh man I made the old man laugh!”

Today, fans left behind flowers and a cross at this memorial inside the pawn shop in remembrance of a man loved for his grit. His famous chair and hat were put out for the public to see.

“It’s a shame,” Ganblin said. “I mean we just didn’t love his gruff. You know he did what he said and he said what he did. It’s gonna be a great loss.”

“Honestly probably not, but there’s no saying he’s not a part of it. He had a huge part in it,” Orr said.

“He was such a giving man. I don’t think I ever sat down with him that he didn’t say anything you need. If there’s anything you want you just let me know,” he said. 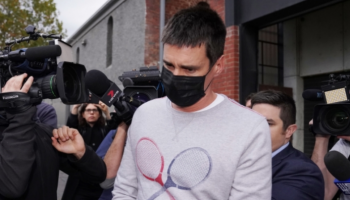 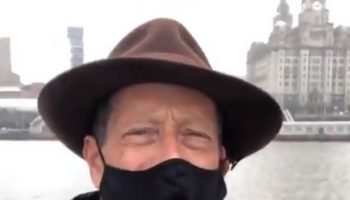 Richard Quest: After recovering from Covid-19, I thought I was safe. Now my antibodies are waning