Today’s Google Doodle is honoring Tom Longboat, a legendary long-distance runner who was a member of the Onondaga Nation. TOM LONGBOAT CELEBRATED IN GOOGLE DOODLE. Google.com users in the U.S. and Canada will see a modified version of the search engine’s logo, called a “Google Doodle,” that features an animated figure running in celebration of what would have been Longboat’s 131st birthday on Monday, June 4.

Longboat was born on the Six Nations Reserve in Ontario, Canada in 1887 and was a member of the Onondaga tribe, which today has a reservation just outside of Syracuse. According to Newsweek, his Iroquois name was Cogwagee, which means “everything.”

Born on the Six Nations Reserve in Ontario, Canada in 1887, Longboat was a member of the Onondaga Nation whose Iroquois name was Cogwagee, meaning “everything.”

As an amateur racer, Longboat only lost three races and won the 1907 Boston Marathon just two years after he entered his first competitive race in Caledonia.

Longboat had a tough upbringing, helping his mother work their small farm after his father died when he was just five, according to the Windspeaker newspaper. His early hard work and subsequent training put him in good stead for long distance running—when he won in Boston he beat the previous record by five minutes.

His training regime was just as revolutionary as he was. Using a technique of hard workout days mixed with easier and rest days was not standard practice at the time, though it is now much more widely accepted.

When World War I broke out, Longboat served in the Canadian army in France—using his running prowess to deliver messages between military posts. According to Google, the work was so dangerous he was twice declared dead by mistake.

Surviving those declarations and the war, Longboat returned to the Six Nations Reserve, opting to race rarely until his death in 1949 at the age of 61.

Longboat was the first member of the First Nations to win the Boston Marathon in 1907, just two years after he began competitive racing (and losing just three amateur races). According to Google, he broke the 26-mile course’s previous record for best finish time by five minutes and was a pioneer of the now popular training strategy of rotating hard workouts, light workouts and recovery days.

Newsweek reports Longboat also served in the Canadian Army as a dispatch runner in World War I, delivering messages between military posts in France. A biography on Google’s website says he was mistakenly declared dead twice during his service, but he returned home after the war and retired to the Six Nations Reserve near Brantford, Ontario, where he lived until his death in 1949.

An alternate version of the Google Doogle shows an animated version of Longboat as both a marathon runner and a soldier in uniform.

An award in his name, the Tom Longboat Award, has also been given out to the top male and female indigenous athletes in Canada since 1951 by the Aboriginal Sport Circle.

Longboat was inducted into the Canadian Sports Hall of Fame in 1955 where he is noted as being“Canada’s greatest long distance runner.” The Hall also praises Longboat’s “endurance and fortitude” in running, which they describe as being a great metaphor for the racism and stereotyping he had to face during his career.

Since 1951, the Tom Longboat Award, administered by the Aboriginal Sport Circle, is given annually to the top male and female aboriginal athletes from a shortlist from each Canadian province.

Seen in Canada and the United States, today’s Google Doodle celebrates a running Tom Longboat as an animated illustration of him switches between civilian and military outfits next to a Canadian maple leaf.

5 Fast Facts You Need to Know About Tom Longboat

Tom Longboat, a Canadian long-distance runner known as “one of the greatest marathoners of all time,” is the subject of a Google Doodle honoring what would have been his 131st birthday.

Longboat is considered one of the greatest Canadian athletes of all time, and the Google Doodle also took special note of his military background, as he turned his running talents into an asset for the Canadians during World War I. “Tom Longboat’s legacy lives on as one of Canada’s greatest athletes,” Google wrote. “Not only is today his birthday, it is officially ‘Tom Longboat Day’ in Ontario!” The Google Doodle was designed to show Longboat transitioning “seamlessly between the marathon runner and military man, just as he did during World War I!”

Here’s what you need to know:

1. Tom Longboat Was a Member of the Onondaga Nation

According to Google, Longboat was a member of the Onondaga Nation, who was born in 1887 on the Six Nations Reserve, which is located south of Brantford, Ontario. “He first began racing in his early teenage years, inspired by Bill Davis, another First Nations runner who finished second in the Boston Marathon in 1901,” reported Google.

Longboat’s native name, Cogwagee, meant Everything, according to CBC, which reported that, when he was in his teens, Longboat “ran away from the Mohawk Institute Residential School (twice) and eventually lived with his uncle and did odd jobs.” However, skill and persistence propelled him from humble beginnings to running celebrity.

“Longboat captured every Canadian record from the mile to the marathon at some point in his career, but endured prejudice and racism throughout his life,” Running Magazine reported. He belonged to the Wolf Clan and practiced the Long House religion. He also suffered racial taunts throughout his life and was called names in the newspapers, despite running for millions.

2. Longboat Was the First Member of the First Nations to Win the Boston Marathon

Apr 19 1907 – Six Nations Onondaga marathon runner Tom Longboat wins the 11th Boston marathon in a record time of 2:24:24. In 1909 he wins the title of Professional Champion of the World ???❤️? pic.twitter.com/BQDjUc5kS8

In addition to being a Canadian great, Longboat is a hero to indigenous peoples because of his historic firsts.

“It didn’t take long for Longboat to chase Davis’ legacy,” according to Google. “He began racing in 1905 as an amateur and won his first Boston Marathon just two years later, in 1907, making Longboat the first member of the First Nations to win the Boston Marathon.”

According to Running Magazine, Longboat was only 19 when he won the Boston Marathon by “setting a new course record by more than five minutes.”

Longboat’s family still honors his legacy by running in marathons. “Will Winnie, great-grandson of the legendary indigenous Canadian runner Tom Longboat, travelled from his home in the Buffalo, NY area to run the Mississauga Marathon on Sunday,” Running Magazine reported in May 2018.

If you ran @mississaugamarathon today, we bet you didn't realize you were running alongside a family member of Tom Longboat! We are thrilled that Will Winnie, Tom's great grandson made the journey from New York to race with us today. He got a PB, BTW. Go Will Go! Photo: @behind.the.lenz #LongboatRR #MississaugaMarathon ^mm

3. Longboat Only Lost Three Races During His Career

Get Ready to #Bike, #Run or #walk this Monday. June 4th named in his honour is #TomLongboatDay, celebrate at our Annual Tom Longboat Run. Things get underway at #SixNations Parks and Recreation with registration at 8:30am pic.twitter.com/gI4oercg3R

Google reports that “during his career as an amateur racer, Longboat only lost a total of three races.” He won the Boston Marathon by running in a snowstorm, CBC reports, returning to the honor of a parade by torchlight.

Canada’s History reports that Longboat ran away from an Anglican residential school while growing up and labored in farm fields. It was said that his running acumen stemmed from “chasing cows in the fields and that he once ran sixty-five kilometres from Hamilton to Brantford, arriving home before his mother,” who made the journey by wagon.

4. Longboat Was a Veteran of WWI Who Used His Running Skills to Deliver Messages

Google honored Longboat for his military heroism, not just his running ability. Veterans.gc.ca concurred, calling Tom Longboat “an example of the selfless response of Canadians to the chaos spreading throughout Europe.”

Indeed, the site notes, Longboat was already a star due to his racing abilities, earning thousands, when he decided to enlist. He put his running talents to the cause. “Though the rewards were substantially less, he did not quit racing. As a dispatch carrier with the 107th Pioneer Battalion in France, Longboat ran messages and orders between units,” the site reported.

“During his professional racing career, Longboat also served in the Canadian Army as a dispatch runner in World War I,” reported Google. “He largely ran across France, delivering messages between military posts. This was dangerous work, and he was actually mistakenly declared dead twice during his service! Once he finished his service for the military, he retired to the Six Nations Reserve in Ontario, where he lived for the remainder of his life.”

According to Canada’s History, there is a legendary story about Longboat’s service. “The story is told that somewhere in France during the Great War, a British general, being led to the front by a dispatch runner, grew irritated with the pace set by the man and ordered him to slow down.”

Supposedly, the general said, “For God’s sakes, who do you think I am? Tom Longboat?” Longboat responded, “No sir. That’s me.”

Longboat didn’t stay an amateur for long. According to Google, he soon turned professional.

“Two years after winning the Boston Marathon, he went on to become a professional racer,” reported Google. “Longboat was one of the first athletes to use a training technique involving rotating training days of hard workouts, easier workouts and recovery days. While these training methods are widely accepted today, he faced skepticism from coaches and media despite consistent victories and multiple world records.”

Tom Longboat died in 1949 “at the age of 62. He is a member of the Canadian Sports Hall of Fame and the Indian Hall of Fame,” according to Veterans.gc.ca. 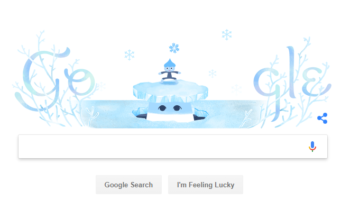 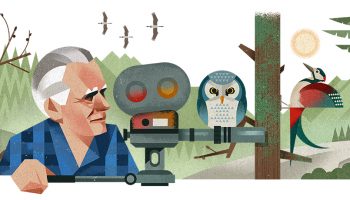