International Diabetes Federation (IDF) released worldwide Diabetes reports and forecast on World Diabetes Day November 14, 2019. According to the forecast report, the number of people between 20 and 79 age group with diabetes is expected to reach 700 million by 2045 . IDF report claimed that India , China and USA home to the largest number of adults with Diabetes . Almost 463 million adults in 20-79 age group affected with diabetes. India continues to be home to the second largest number of adults with diabetes putting the incidence at 77 million adults ; China continues as world topper with 116 million diabetes adults.

India was the largest contributor to diabetes mortality with more than 1 million estimated deaths attributable to diabetes and related complications, in the larger South East Asian region, the report said.

Diabetes, one of the fastest growing health challenges of the 21st century, respects neither socioeconomic status nor geographical and national boundaries, with the number of adults living with the disease having more than tripled over the past 20 years.

Diabetes is a long-term disease that occurs when the pancreas is no longer able to make insulin — a hormone that regulates blood sugar — or when the body cannot make good use of the insulin it produces, according to the World Health Organization (WHO).

There are three main types of diabetes:

Type 1 diabetes — previously known as insulin-dependent diabetes — is caused by an autoimmune reaction in which the body’s immune system attacks the insulin-producing beta cells of the pancreas, and as a result, the body produces very little or no insulin. This condition requires daily administration of insulin.

Over 1.1 million children and adolescents under the age of 20 live with type 1 diabetes, according to the IDF.

Type 2 diabetes — formerly called non-insulin-dependent diabetes mellitus — is the most common type of diabetes, which accounts for around 90% of the disease worldwide and results from the body’s ineffective use of insulin, causing so-called “insulin resistance,” according to the WHO.

The disease is mostly a result of excess body weight and physical inactivity.

Since the symptoms of type 2 diabetes are mostly less marked, diagnosis of the disease may come several years after its onset, causing health complications.

Gestational diabetes is characterized by high blood glucose levels, or hyperglycemia, during pregnancy.

It may occur at any time during pregnancy — most likely after week 24 — and usually disappears after the pregnancy.

Nevertheless, women with this type of diabetes have a high risk of complications during pregnancy and at delivery, while they and their children are also at increased risk of type 2 diabetes in the future.

An estimated 15.8% or 20.4 million live births have been affected by hyperglycemia in pregnancy in 2019.

China, India and the U.S. are the countries with the highest number of adults with diabetes aged 20-79 in 2019 and are forecast to remain so in 2030.

Meanwhile, the IDF reports foresee that the number of adults with diabetes in Pakistan will exceed that in the U.S. and will move to third place by 2045.

The report also forecasts that Turkey will have 10.4 million people of the same age group with diabetes in 2045.

World Diabetes Day was created in 1991 by the IDF and the WHO as a response to growing concerns about the escalating health threat posed by diabetes.

With the passage of a resolution, Nov. 14 became an official UN Day in 2006 and marked the birthday of Sir Frederick Banting, who co-discovered insulin along with Charles Best in 1922. 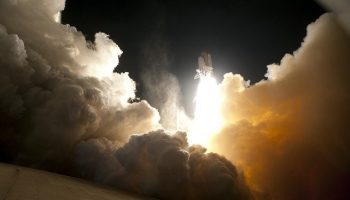