Amid growing tension on the Korean peninsular ; North Korea has decided to cut all military and political communication links with ‘enemy’ South Korea , including hotlines between Seoul and Pyongyang. This diplomatic decision comes after threats over activists reportedly sending anti Kim Jong-un leaflets over the border.

Korean Central News Agency (KCNA) has reported that all cross border communication lines , including military communication , will be cut off at noon on Tuesday, June 9.

Top government officials in North Korea, including leader Kim Jong Un’s sister, Kim Yo Jong, and Kim Yong Chol, vice-chairman of the Central Committee of the ruling Workers’ Party of Korea, determined “that the work towards the South should thoroughly turn into the one against an enemy,” KCNA said.

On Tuesday morning, North Korean officials did not answer a routine daily call to the liaison office, nor calls on military hotlines, a South Korean defence ministry spokeswoman told a briefing.

The routine calls between South and North Korea should be maintained as they are basic means of communication, said the South’s unification ministry, responsible for inter-Korean affairs.

The ministry said it will continue to follow the agreed principles and strive for peace and prosperity on the Korean Peninsula.

On Monday morning, North Korea did not answer the liaison phone call for the first time since 2018, though it later answered an afternoon call.

The links being cut also include “the East and West Seas communication lines” between militaries of the two sides, an inter-Korean “trial communication line” and a hotline between the Central Committee of the Workers’ Party of Korea and South Korea’s presidential Blue House, KCNA said. 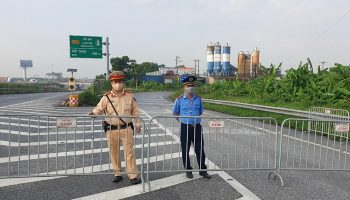 Vietnam locks down capital Hanoi for 15 days as cases rise