On 6th June 1944, an armada of 1,50,000 allied soldiers landed of five beaches in Normandy, France. Their mission was to free Europe from Nazi control. It was the largest seaborne invasion in history that included the collections of British, American, Canadian and Australian troops, with soldiers also coming from France , Czechoslovakia, Norway and Poland . Launched as the the “Operation Overlord” campaign , the battle that initiated the invasion of Normandy is forever etched in history by one word “D-Day” .

Today 95-year-old D-Day veteran Harry Read will jump from an aeroplane over France exactly 75 years after doing so during the Normandy landings.

Last week, Jon Snow spoke to him ahead of the incredible feat. pic.twitter.com/TOpzv5NRWr

"You never forget your comrades, because we're all in it together"

The Queen, US President Donald Trump, UK Prime Minister Theresa May and members of the Royal Family applaud as D-Day veterans are honoured at the 75th anniversary commemorations in Portsmouth https://t.co/lK79s5hkd0 pic.twitter.com/KPpIjQNC9f

'It is with humility and pleasure on behalf of the entire country, indeed the whole free world, that I say to you all, thank you.'

The Queen has shown her gratitude to the servicemen who took part in D-Day during 75th anniversary commemorations.

Charles Shay was one of 175 Native Americans who landed in Normandy on D-Day, he ran across the beach dozens of times, dragging men out of the surf and patching up their wounds under heavy fire — actions for which he was awarded a Silver Star https://t.co/Xm5VOrNpkm pic.twitter.com/wIdPX5tTTy

You May Like : Rihanna Fenty is the World Richest Musician 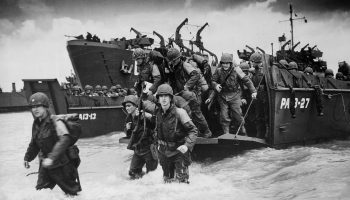 Remembering D-Day: ‘We’re here because of what they did’ 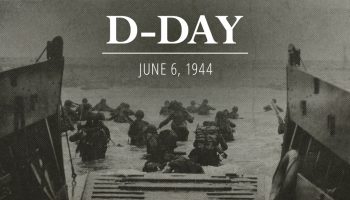