Kim Kardashian West met with President Trump at the White House on Wednesday, and the subject seemed an unlikely one for a glamorous celebrity and cosmetics mogul.
Trump Meets Kim Kardashian

But the reason for Ms. Kardashian West’s interest is the case of Alice Johnson, a 63-year-old Tennessee woman who, according to the nonprofit project Can-Do, was sentenced in 1996 to life in prison on charges related to cocaine possession and money laundering. Trump Meets Kim Kardashian

Brittany K. Barnett, a member of Ms. Johnson’s legal team, said Ms. Kardashian West and her lawyer, Shawn Chapman Holley, were scheduled to meet with a group of White House officials — including the president’s son-in-law and senior adviser, Jared Kushner. Their goal was to raise the issue of clemency for Ms. Johnson.

They ended up meeting with not just the initial group, but with the president, too.

“It was very general,” Ms. Barnett said of the meeting. “We just don’t know, but it seems like the meeting was positive, and it is in President Trump’s hands now as to what he decides to do.”

The president posted on Twitter shortly afterward about what he called a “great meeting,” and he said that they had discussed “prison reform and sentencing.”

As a driving force behind her family’s sizable empire, Ms. Kardashian West’s ability to successfully champion causes, sell her wares and denounce her critics rivals the president’s. She is also one of the few high-profile celebrities to break through the resistance-leaning force field much of Hollywood has drawn around itself when it comes to interacting with the Trumps.

Ms. Kardashian West told the website Mic that she had become inspired to help fight the charges against Ms. Johnson after watching a viral video the site had made that described the case.

“There was a reason why I was looking at my Twitter at that moment,” Ms. Kardashian West said of when she became aware of the case. “I was meant to come across it.”

Ms. Barnett, who has served as a member of Ms. Johnson’s legal team since November, said that Ms. Kardashian West and Ms. Johnson have spoken over the phone but have never met in person.

“We’re grateful that Kim is using her platform to shine light on this issue,” Ms. Barnett said in an interview. “Alice Johnson has paid her debt to society. To keep her incarcerated a day longer is morally and economically indefensible.”

Ms. Kardashian West’s visit might also end up inadvertently highlighting the conflicts and uphill battles ahead for the administration’s plan for a criminal justice system overhaul. Mr. Kushner has taken the reins on the project and is pushing legislation that could help decrease recidivism by offering incentives for prisoners, including job training programs, halfway houses and early release.

But Mr. Kushner has encountered opposition from Attorney General Jeff Sessions, a hard-liner who last year began reversing the Obama administration’s efforts to ease penalties, like mandatory minimum sentences, for some nonviolent drug violations. A difference in views has led to a turf-war that recently resulted in the resignation of the director of the Federal Bureau of Prisons.

The degree to which Ms. Kardashian West’s interest in the overhaul of the criminal justice system expands beyond Ms. Johnson’s case is unclear. Ms. Kardashian West was not immediately available for comment on Wednesday, but after advertising her new line of nude lip liners and sharing thoughts from her sister on motherhood, she spoke directly about Ms. Johnson to her 60 million Twitter followers: “Happy Birthday Alice Marie Johnson. Today is for you.”

After the meeting, Mrs. Kardashian West said in a statement relayed through her publicist that she was hopeful Mr. Trump would eventually grant Ms. Johnson clemency.

“We are optimistic about Ms. Johnson’s future and hopeful that she — and so many like her — will get a second chance at life,” the statement said.

During the Oval Office visit, Kardashian West and Trump met to discuss “prison reform and sentencing,” according to the president, an issue the socialite has been advocating about for months — specifically for the release of Alice Marie Johnson, a 63-year-old woman who has spent decades serving a life sentence for a first-time, nonviolent drug offense.

Johnson’s story went viral thanks in part to a Mic video interview that reached more than 4.1 million views. A change.org petition asking Trump to grant Johnson clemency has also almost reached its goal of 300,000 supporter signatures as of Wednesday.

Kardashian West, who cites Mic‘s video as how she discovered Johnson, has also helped the case reach a wider audience.

After the meeting, the Post was quick to mock Kardashian West as “Kim Thong Un” in the newspaper cover, referencing their sitdown as “The Other Big Ass Summit.”

While some enjoyed the cover, many directed their outrage at the newspaper:

This cover is sexist and pathetic. Do better @nypost. https://t.co/RxJcm8K34s

“The Other Big Ass Summit”

Just in case readers interpret this double entendre to be referring to their common personality traits, you reference Kim’s butt 3 more times.

This is too trite, even for you all. https://t.co/lRRhqweZgs 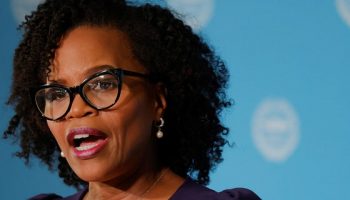 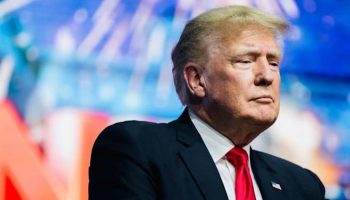 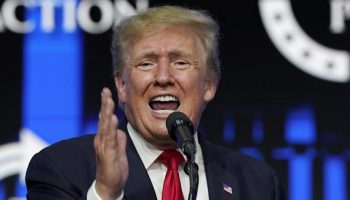 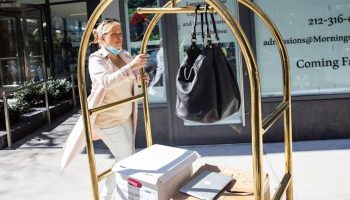 A Key Trump Witness Is Being Muzzled Over Her Custody Battle 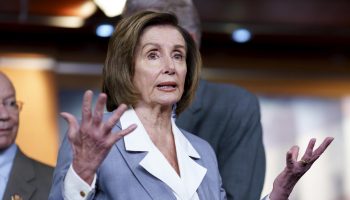