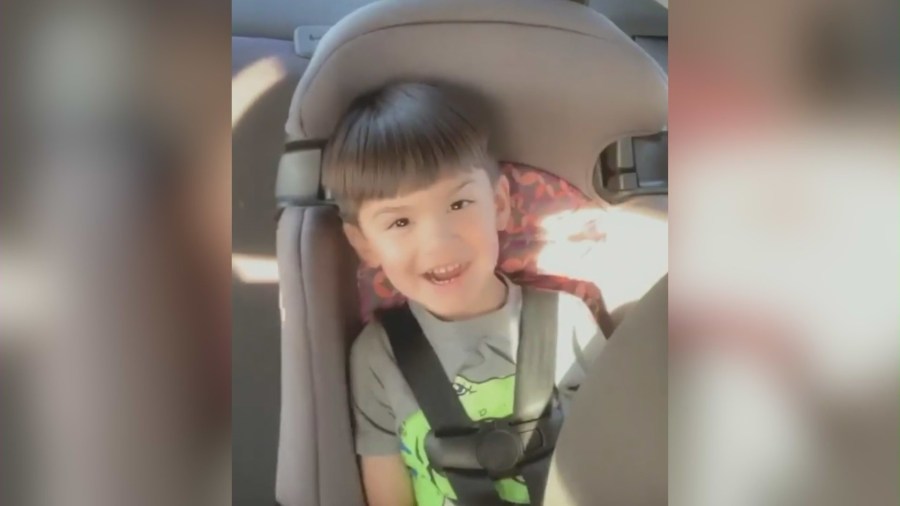 Two arrests have been made in the shooting death of Aiden Leos, the 6-year-old boy who was killed in an apparent road rage incident on the 55 Freeway in Orange last month, the California Highway Patrol announced Sunday evening.

Marcus Anthony Eriz, 24, and Wynne Lee, 23, were arrested in their Costa Mesa home in connection with the case. It is anticipated they will be charged with murder, according to a CHP news release.

The suspects are being held on $1 million bail each.

“On behalf of Border Division Chief Omar Watson, and the Santa Ana Area, we are deeply grateful for the professionalism and tireless commitment of our investigators who have worked on this case from day one to find those responsible for Aiden’s death,” said CHP Commissioner Amanda Ray.

Leos was shot when his mother was driving him to school on the morning of May 21.

His mother, Joanna Cloonan, was driving him to kindergarten on the northbound 55 freeway nearing the 22 freeway when Aiden was fatally shot. The little boy was sitting in a booster seat in the right rear passenger side.

CHP described the suspect’s vehicle as a 2018-2019 white Volkswagen Golf SportsWagen with non-tinted windows and a sunroof.

Cloonan and the suspects in the white Volkswagen station wagon were involved in a road rage incident over a perceived unsafe lane change, the press release stated.

“While these arrests will not ease the pain of a mother’s loss, my hope is for the Leos family to have some peace of mind and to rest assured the CHP will work with the Orange County District Attorney to bring justice for Aiden,” Ray said.

“The Department has been in regular contact with the victim’s family and I assure you they, like us, are committed to seeing justice served,” Watson said.

The reward for any information leading to the capture and conviction of the child’s killer has now grown to $500,000, according to Orange County DA Todd Spitzer.

A private funeral service for family and close friends was held for Leos on Saturday at Calvary Chapel in Yorba Linda.

“It feels so wrong that you’ve been taken from us,” Cloonan said at her Leos’ funeral service. “I want nothing more than to find justice, although it won’t bring you back into our arms. It makes me outraged that such a precious, beautiful soul did not get the opportunity to continue developing into a young man, starting a family of his own.”

“My precious son had his life ripped away from him for absolutely no reason,” she said. “They took his life and my heart along with it.”

Cloonan shared her son’s last wish during her eulogy.

“On his sixth birthday, as he blew out his candles, he looked at us and he said, ‘I just wish for everyone to be happy.’”

This Day in History: June 7