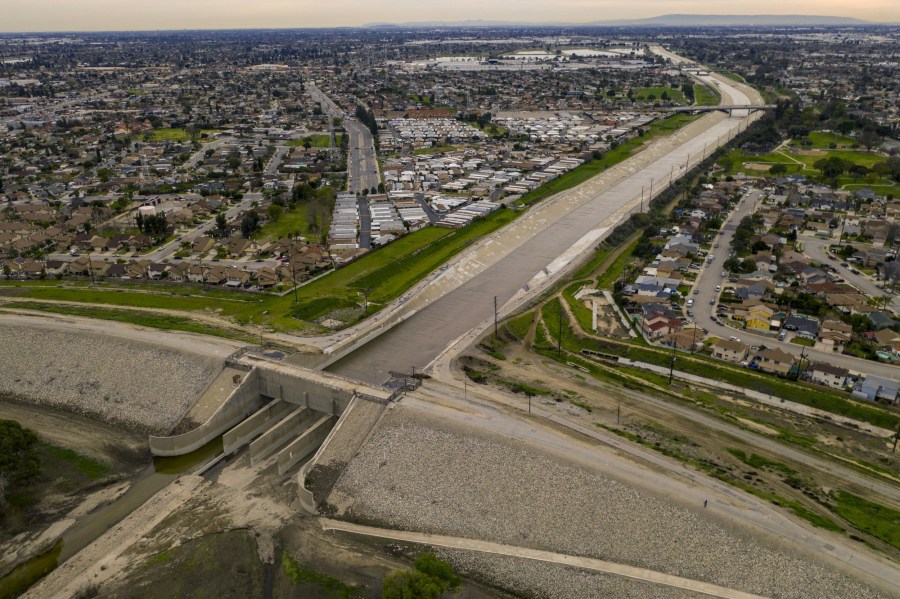 It was a harrowing vision of the vulnerability of aging California dams — crews laboring feverishly to sandbag and drain the lower San Fernando Reservoir, as billions of gallons of Los Angeles drinking water lapped at the edge of a crumbling, earthquake-damaged embankment that threatened catastrophe on the neighborhoods below.

Although the 1971 San Fernando earthquake and the near failure of the Lower Van Norman Dam have given rise to construction improvements — the much newer Los Angeles Dam survived an equivalent shaking in the 1994 Northridge quake — the overwhelming majority of California dams are decades past their design life span.

And while earthquakes still loom as the greatest threat to California’s massive collection of dams, experts warn that these aging structures will be challenged further by a new and emerging hazard: “whiplashing shifts” in extreme weather due to climate change.

“The biggest issue facing dam safety in California is aging infrastructure and lack of money to fund repairs and retrofits of dams,” said Sharon K. Tapia, who leads the Division of Safety of Dams at the California Department of Water Resources. “Many older dams were built using construction methods considered outdated by today’s standards.”

The Grayscale Bitcoin Trust: What It Is and How It Works – CoinDesk