A series of viral TikToks have raised serious concerns over how local Maryland officers handled the forceable arrest of a man named Antoine Wedington during a traffic stop.

Wedington was arrested last week on open warrants that were uncovered by officers who had initially pulled his partner over for speeding.

Heather Janney, who was the one behind the wheel and recorded the incident in three parts, told BuzzFeed News the Anne Arundel County Police Department “could’ve handled things differently.” According to Janney, Wedington was simply asking police “questions about the legality” of the situation before he complied. However, a police spokesperson told BuzzFeed News they believe Wedington was actively resisting arrest.

The first TikTok Janney posted on Friday shows an officer quickly escalating the situation by trying to physically pull Wedington out of the vehicle. In subsequent TikToks, more officers are seen pulling at Wedington to remove him out of the vehicle as he insistently asks them to “get off.

“Officers were within policy for the amount of force they used. They exercise a great deal of restraint and patience,” Kam Cooke, the director of media relations for the police department, told BuzzFeed News.

They’ve since charged Wedington with one count of interfering with arrest.

Cops had pulled Janney over last Monday for speeding 15 mph over the speed limit. During an investigation into the vehicle’s registration, they discovered two active warrants out for Wedington’s arrest.

Janney, however, told BuzzFeed News she believes her partner was “targeted” and that it wasn’t a complete coincidence she was pulled over, saying “they followed me 2-3 minutes down the road, then pulled me over.

“I think they targeted me to get Antoine,” she said.

Cooke maintains Anne Arundel County police knew nothing of Wedington’s records prior to pulling Janney over.

“There were some conflicting addresses [for the car registration]. Through investigations, officers were able to learn the identity of the passenger,” said Cooke. “It was learned he had two open warrants through Anne Arundel County. Those warrants were confirmed. Officers asked the passenger several times to come out of the vehicle. They advised him he had open warrants, and he refused to come out of the vehicle.”

Janney, who began recording when Wedington questioned how officers were able to investigate him during a traffic stop and pull up his warrants, said he was in his right to ask questions.

“When officers asked for his identification, he was not adamantly refusing, he was just asking questions about the legality of getting the information from a passenger who didn’t break any laws,” Janney said. “He was under the impression that only the driver was at fault because the driver was the one who broke the law.”

Her TikToks show police escalating the attempted arrest by trying to force him out of their car. When Wedington insisted he “did nothing wrong” and that he could “get out of the car [him]self.”

“You took your time with your investigation, I can’t take my time getting out of my car?” he’s seen asking the officer yanking at him. “My child’s in the car.”

Janney confirmed their newborn was in the backseat during the incident.

When asked, Cooke defended the officers’ actions that day, and maintained that they were “within policy” for how they handled the arrest.

At one point, Wedington asks Janney for a kiss, and during his arrest, he yells for her to get out of the car to keep recording.

Janney said she’s currently looking for legal representation as Wedington is held in detection. She suspects he may be released by Halloween.

Online, while details surrounding the footage were not known when the videos went viral, people were disturbed by how Wedington was treated.

“Under arrest for what? Trying to state a statement?” one commenter wrote. “Knowing how calm he was and how aggressive they were proves they used excessive force,” another said.

“If he had a warrant they can arrest him, driving or not,” another commenter wrote. “But this is police brutality and they need to lose their badges.” 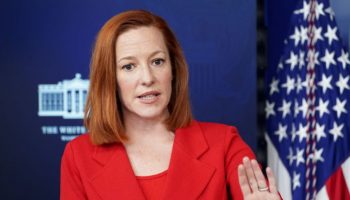 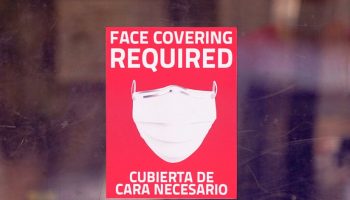 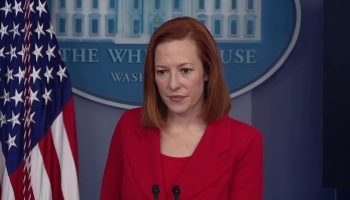 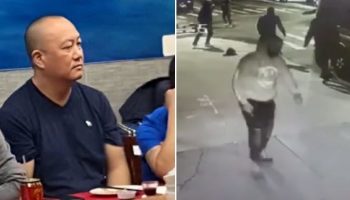