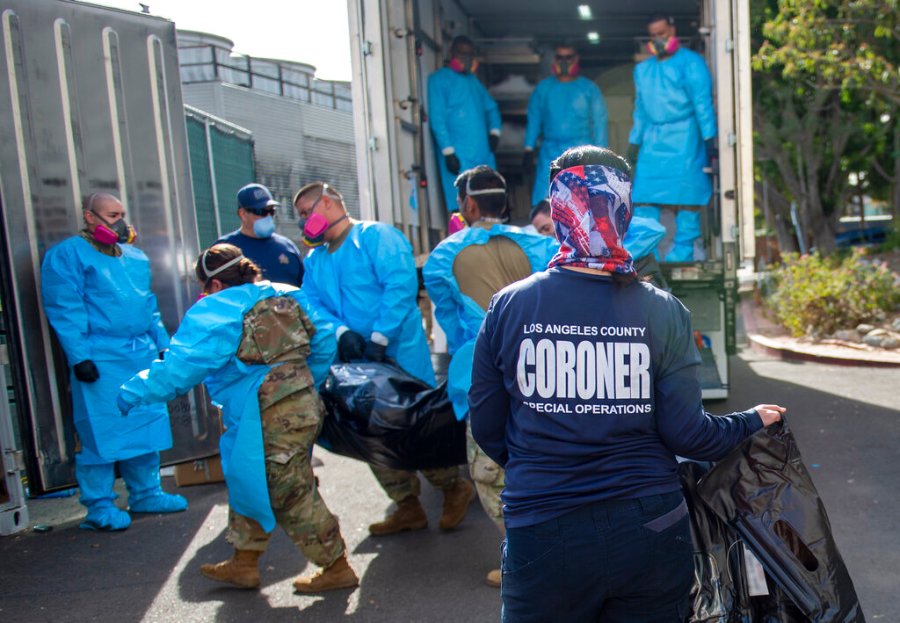 An emergency order suspending limits on the number of cremations allowed has been expanded to Orange County and extended in Los Angeles County as coronavirus deaths remain high, officials said Monday.

The South Coast Air Quality Management District typically only permits crematoriums to cremate a certain number of human remains each month to avoid impacts to air quality. But those rules were temporarily suspended this month as the COVID-19 pandemic has “substantially increased the number of deaths in Los Angeles and Orange Counties compared to prepandemic years,” the agency said in a news release.

The order was expanded to Orange County Monday following a request from the O.C. Health Care Agency, according to SCAQMD.

The emergency order, first issued in L.A. County on Jan. 17, is now set to expire in both counties on Feb. 4 — though officials noted it can be extended again if needed.

Although stay-at-home orders were lifted across California, the state continues to grapple with overrun hospitals and mounting fatalities.

Just last Friday, California reported its highest number of coronavirus deaths in a single day: 764. The state is now averaging about 541 deaths a day over the past week.

L.A. County is on pace for January to be the deadliest month of the pandemic, public health officials said Tuesday.

But with deaths as a lagging indicator, officials expect fatalities to stabilize as the state moves further away from the surge that started in mid-October and worsened throughout the holidays.

The state said its decision to lift stay-home orders was based on projections for intensive care unit capacity. The Southern California region is expected to go from having no ICU capacity to 33.3% capacity in four weeks, officials said.

Barbara Ferrer, the public health director for L.A. County, said Monday that she has yet to see the state data, but she trusts the decision. The county currently has very few ICU beds available, “but it’s certainly better than it has been,” she said.