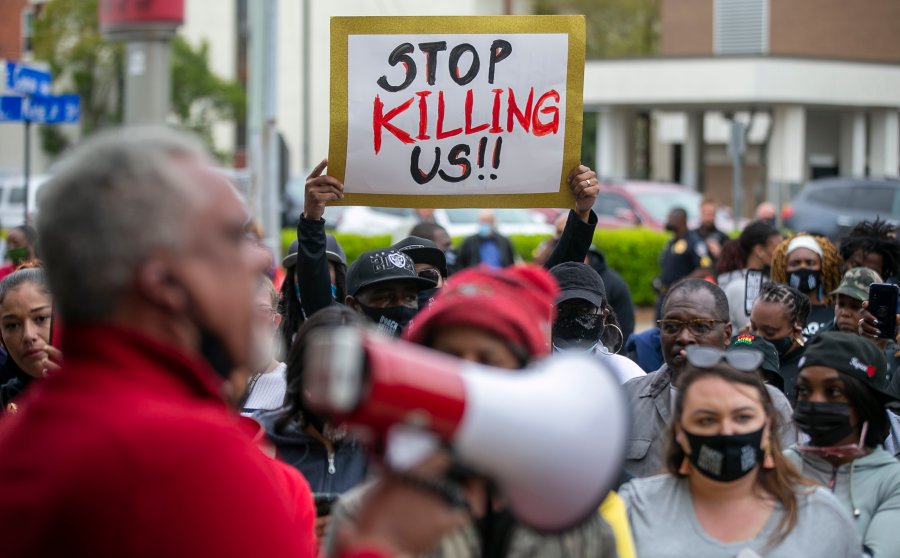 A Black man killed by deputies in North Carolina was shot in the back of his head and had his hands on the car steering wheel when they opened fire, attorneys for the family said Monday after body camera video was shown to his relatives.

Attorney Chantel Cherry-Lassiter watched a 20-second portion of body camera video with the family of Andrew Brown Jr. on Monday. She said Brown did not appear to be a threat to officers as he backed his vehicle out and tried to drive away.

“He was not threatening them in any kind of fashion,” she told reporters at a news conference.

When asked whether Brown was shot in the back, attorney Harry Daniels said, “Yes, back of the head.”

An eyewitness account and emergency scanner traffic had previously indicated Brown was shot in the back as he tried to drive away.

Lassiter, who watched the video multiple times and took notes, said shooting started as soon as the video started. She said she counted as many as eight deputies in the video, some wearing tactical uniforms and some in plainclothes.

“They’re shooting and saying let me see your hands at the same time,” she said.

The family’s lawyers also criticized local authorities for only showing 20 seconds of the video and only showing them footage from a single body camera.

Earlier Monday, a search warrant was released saying deputies obtained the warrant that brought them there after investigators recorded him selling small amounts of cocaine and methamphetamine to an informant. Crump argued the authorities were trying to release negative information about Brown while shielding themselves by holding back the video.

Brown’s fatal shooting last Wednesday in Elizabeth City has prompted days of protests, calls for the public release of deputy body camera video and civil rights leaders decrying that warrants should not lead to a fatal shooting. Signs including emergency scanner traffic and an eyewitness account had already indicated Brown was shot in the back as he was trying to drive away. Authorities have released few details.

Bride’s list of rules for wedding goes viral: ‘Pace yourself while drinking’