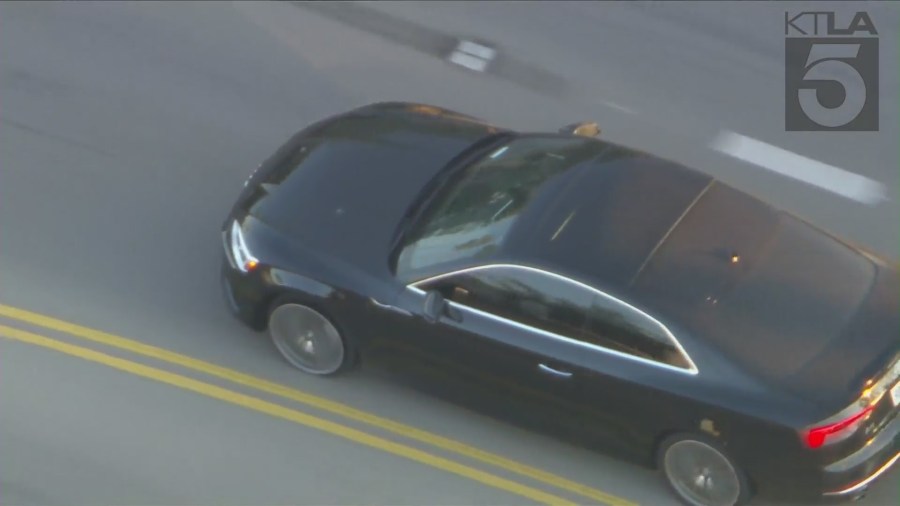 Authorities are chasing a driver in a stolen vehicle in the San Fernando Valley Monday evening. Sky5 is overhead.

The pursuit started in the area of Kamloops Street and Remick Avenue in Pacoima around 6:15 p.m., according to the Los Angeles Police Department.

The stolen vehicle is a black two-door 2018 Audi.

Sky5 was above the chase around 6:45 p.m., as the car drove on surface streets in Burbank.

The vehicle made its way through an alleyway in the area of Cedar Avenue and Main Street, as at least two LAPD vehicles followed.

The driver then arrived at a cul-de-sac on Reese Place, off Alameda Avenue, with several more police units close behind. The car looped back out of the street and continued driving around Burbank, going past at least one red light at an intersection.

Police attempted a PIT maneuver just after 7 p.m. but it was unsuccessful.

The driver appeared to start speeding on northbound San Fernando Boulevard, and nearly hitting another car at a red light.

Check back for updates to this developing story.