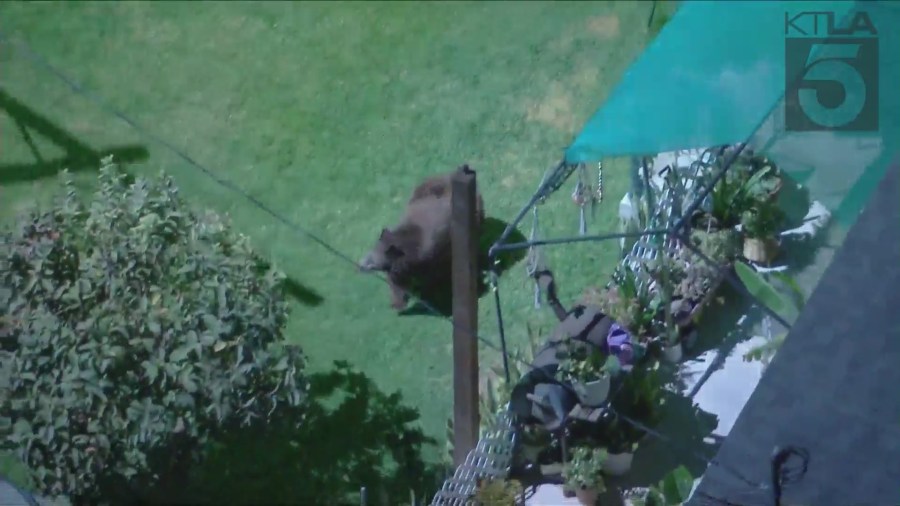 A bear was seen roaming a residential area of Eagle Rock Tuesday night in aerial video from Sky5.

Several police vehicles were stationed throughout the neighborhood north of Colorado Boulevard, along the 2 and 134 freeways, as KTLA arrived above the scene at about 10:30 p.m.

Shortly before 11 p.m., the bear could be seen going through several backyards.

No animal officials could be seen working to capture the critter.

The California Department of Fish and Wildlife could not immediately be reached for comment.

Amazon tweaks app icon after comparisons made to Hitler