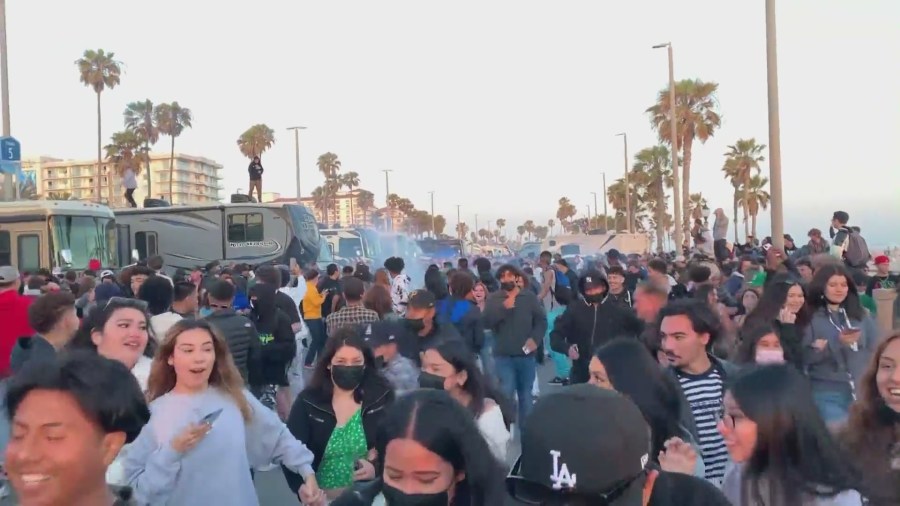 The TikTok video received over 3 million views and caught the attention of local law enforcement.

An estimated 400 to 500 people were scattered across the beach by 8 p.m., according to a lieutenant with the Huntington Beach Police Department.

Many of the attendees were seen without face masks on and the crowd appeared to grow later in the night.

Officers were initially present to monitor the gathering and offer some reminders of rules that must be followed when visiting the beach.

At 11:33 p.m., Huntington Beach police announced an unlawful assembly due to the unruly crowds and an emergency curfew was put in place until 5:30 a.m. Sunday.

Video from the scene appeared to show police armed with less than lethal weapons and deploying some kind of chemical agent as a crowd set off fireworks in the street, several times near police vehicles.

As of 7 a.m. Sunday morning, the area had cleared up, and officials had not reported any arrests related to Saturday’s unlawful assembly or vandalisms.