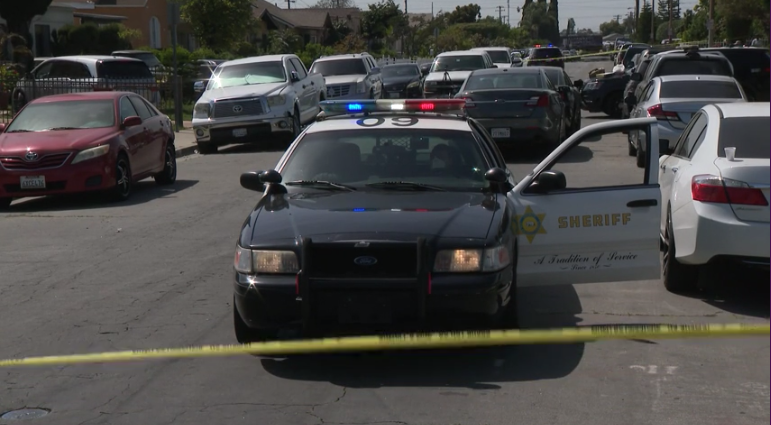 A body found in a Huntington Park trash receptacle Monday is believed to be a 75-year-old woman who had been reported missing, officials said.

About 10:30 p.m. Sunday, Los Angeles County sheriff’s deputies responded to the 2500 block of Santa Ana Street in Huntington Park for a report of a stolen vehicle.

The resident told the deputies that their vehicle was missing, along with a 75-year-old family member.

“Preliminary information revealed foul play at the location and a stolen vehicle/missing persons investigation was initiated,” officials said in a news release without elaborating.

The stolen vehicle was found in Rosemead Monday morning, and the missing woman’s son was inside. He was then detained as a person of interest in the investigation and remains in custody, officials said.

About 6:30 a.m. the body of a woman was found in a trash receptacle “within a close proximity” to where the vehicle was first reported stolen in Huntington Park, officials said.

The woman was pronounced dead at the scene and is believed to be the missing woman. It is unclear how long the woman had been there or where she had died.

The woman, described as a “victim” by authorities, has not been identified and her cause of death is under investigation.

No further details about the death were released Monday.

Hall, Palmieri, Granlund may get moved by NHL trade deadline