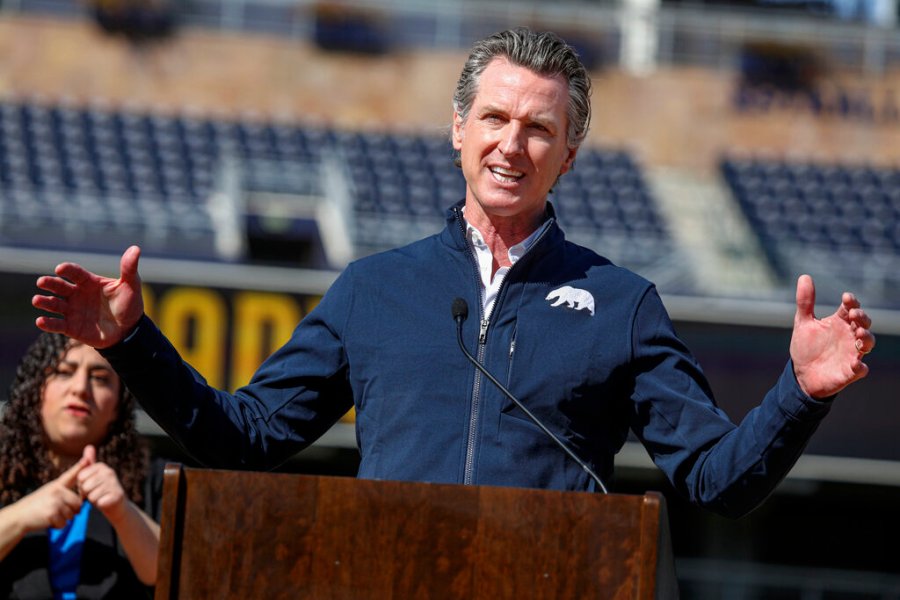 California is not receiving nearly enough COVID-19 vaccine to meet overwhelming demand and that won’t change in the near term, Gov Gavin Newsom conceded Monday, and counties increasingly are using their limited supplies to focus on people who need second shots to complete their inoculations.

About 800,000 Californians are fully immunized now but millions of others who are eligible have yet to get their first doses. Newsom said the state received just over 1 million doses of vaccine last week and the next weekly shipment will be only slightly larger.

“We need to see that ramped up,” Newsom said during a news conference at San Diego’s Petco Park, which is serving as a mass vaccination center. “We’re going to need to see more doses coming into the state of California in order to keep these mass sites operational and to keep things moving.”

San Diego County has four mass vaccination sites and, with its other facilities, could vaccinate 20,000 people a day. But it’s doing half that because of supply shortages.

Counties from San Diego to Napa to Los Angeles have said they’ll be using the bulk of their vaccination appointment slots this week to administer second doses to people who were initially vaccinated about a month ago.

For the Pfizer vaccine, a second dose is recommended three weeks after the first, and for the Moderna vaccine it’s four weeks. But both can be given up to six weeks after the initial shot and still work optimally, according to the most recent guidance from the Centers for Disease Control.

In Los Angeles County, where one in four of the state’s nearly 40 million residents live, officials expect to receive about 218,000 doses this week, with about 55% going for second shots, Barbara Ferrer, the county’s health director, said during a virtual briefing. Starting Tuesday, the county’s six mass vaccination centers will only provide second doses.

California has administered 4.7 million vaccine doses and now is averaging about 1 million a week, a jump from last month when officials were criticized for lagging efforts. Super sites like Petco now dot the state and mobile units are being dispatched to reach underserved communities, such as farmworkers, but officials say they’re constrained by supply.

Nearly one in 10 Americans have now received at least one shot, but just 2.9% of the U.S. population has been fully vaccinated, a long way from the 70% or more that experts say must be inoculated to conquer the outbreak.

San Diego County Supervisor Nathan Fletcher said the county has administered a half-million shots. That’s the highest per capita rate of any of the state’s 58 counties. Petco, home to Major League Baseball’s Padres, was the first super site in the state and has administered more than 100,000 shots since opening Jan. 11.

Fletcher said second-dose appointments are given priority but so far the county has also been able to keep appointments of those who are getting their first dose.

“We have not held any back but what we are doing is honoring second dose appointments first,” he said.

The effort comes as virus cases and hospitalizations fall at a rapid clip after rising faster than ever at the end of 2020 and into the first half of January. California on Monday reported 10,414 new virus cases, the lowest daily level since November.

The seven-day positivity rate for those tested was 5%, compared with 14% a month ago. Hospitalizations total 11,385, a drop of more than 10,000 since the peak in early January.

Deaths also are starting to decline after rising at an extraordinary rate since the start of the year. Overall, more than 44,000 Californians have died from the virus, the second-highest total in the country.

Texas sheriff claims Biden ‘defunding ICE by memo’: ‘We have a full nullification of the law going on here’