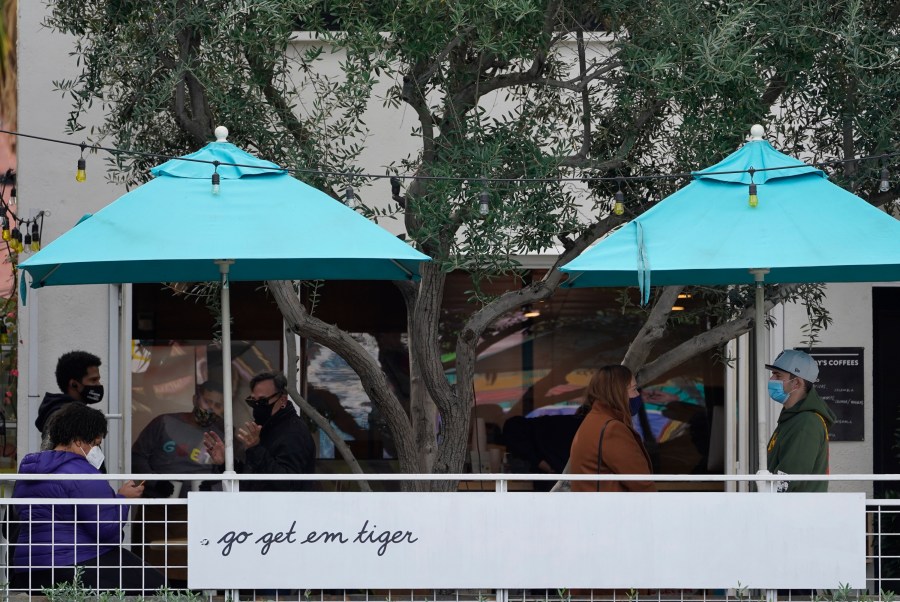 However, state officials did not explain how regional per capita virus cases and transmission rates that also were released might influence how much ICU space will be available in four weeks.

Last week, state health officials told The Associated Press they were keeping all the data secret because it is complicated and might mislead the public. The release of the data points came after coronavirus experts, joined by a public access organization and a business group, said the information should be public, and as Gov. Gavin Newsom’s political opponents decried the secrecy.

Dr. George Rutherford, an epidemiologist and infectious-diseases control expert at University of California, San Francisco, was among the critics. He applauded the state for being more open. He said it’s “not utterly transparent, but I have a better idea of what’s going on.”

In December, when California became the nation’s epicenter for the virus before numbers improved in the new year, Gov. Gavin Newsom announced a new stay-at-home order that was based on ICU capacity in each of five regions. Any region that fell below 15% had new restrictions imposed, including closures of hair and nail salons and other businesses, and fewer customers allowed inside retail stores.

Four of the regions fell under the new order and three remained there until Monday, when state health officials announced that four-week projections showed them rising above the 15% threshold and Newsom said the order was lifted.

At a news conference with Newsom, California Health and Human Services Secretary Dr. Mark Ghaly promised to reveal some of the information behind the projections.

Several hours later the agency released a chart showing projections for regional ICU capacity, along with per capita cases and transmission rates. The capacity takes into account not only coronavirus patients but those who would need intensive care for other reasons even if there were no pandemic.

The state said the Southern California region, which includes more than half the state’s population, will go from no ICU capacity under the state’s weighted formula to 33.3% capacity in four weeks, the most of any region.

Los Angeles County public health director Dr. Barbara Ferrer said she had yet to see the governor’s algorithm but has confidence in the state. Currently, the county has very few ICU beds available, she said, “but it’s certainly better than it has been.”

The 13-county Greater Sacramento region is projected to have 27.3% capacity. But it’s currently stuck at 9.9% — virtually the same level it was two weeks ago when state officials abruptly lifted the stay-at-home order there.

Only the rural Northern California region never was under the order. However, the state now projects its capacity will fall from 47.9% to 18.9%. State officials did not explain the reasons for the steep decline.

It’s not clear if the state ultimately will provide the level of day-to-day detail behind the projections currently available for its existing four-week modeling on hospitalizations, intensive care patients and deaths.

Dr. Lee Riley, chairman of the University of California, Berkeley School of Public Health infectious disease division, said he’s hopeful the state will provide that level of detail. “This is going in the right direction,” he said.

Prior to Ghaly’s announcement, the secrecy in the Democratic Newsom administration brought recriminations from Republican legislative leaders and from former San Diego Mayor Kevin Faulconer, who is exploring a challenge to Newsom.

“Californians want to follow the science. Instead we’re forced to follow a governor who decides on a whim the fate of millions of Californians while refusing to release the data behind his contradictory and arbitrary decisions,” Faulconer tweeted early Monday.

California Assembly Republicans sent a letter to the Democratic leaders of the Legislature calling for oversight hearings on data used to make decisions on the coronavirus.