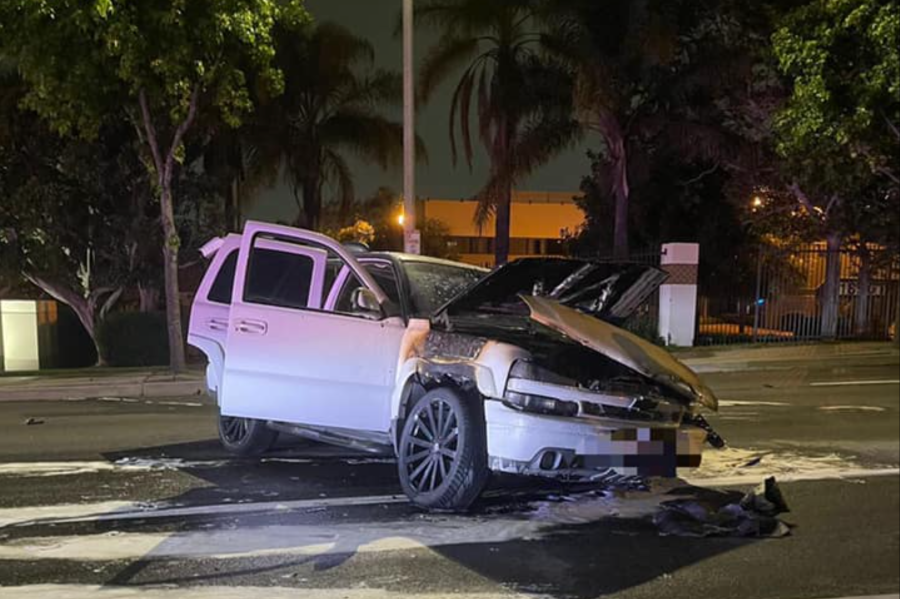 Three people were taken into custody after a car-to-car shooting in front of a deputy led to a pursuit through Carson Saturday night, officials said.

The deputy was out on patrol in the area of Central Avenue and University Drive when he saw a shot being fired from one car into another, “right in front of him,” the Los Angeles County Sheriff’s Department’s Carson station said on Facebook.

“As soon as the deputy flipped on his lights and siren, the suspect’s vehicle took off heading East on University Drive. The pursuit was on,” Sheriff’s Department officials said.

As the chase continued, more deputies responded to the scene of the shooting and provided aid to one person who was injured. The nature of that person’s injuries were unclear but the victim was listed in stable condition Sunday.

While being chased on University Drive, the suspect vehicle turned around and tried to hit the deputy’s patrol car, according to the department.

The pursuit continued on to Wilmington Avenue, where the suspect’s vehicle slammed into a center divider.

A suspect then ditched the vehicle and ran, but was quickly taken into custody, along with two other people.

The sheriff’s station on Sunday released photos of the suspect’s vehicle and two seized firearms.

The vehicle was badly damaged and appeared to have been burned.

Officials did not identify any of the suspects in custody and no further details were available.

‘I didn’t do any of them’: Man charged in Norco BB gun shootings denies any involvement