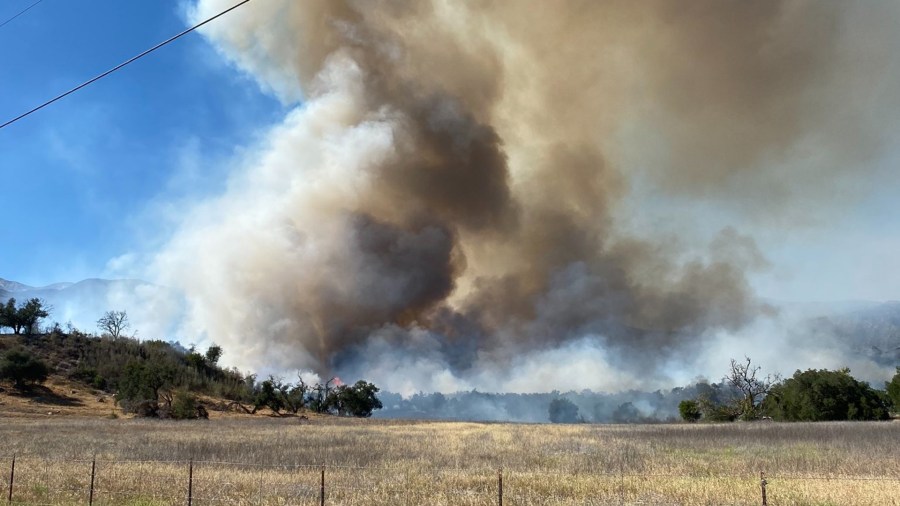 A fire burned at least 188 acres near Lake Casitas in the Ojai Valley on Monday, officials said.

The blaze, dubbed the Casitas Fire, was burning in an area with scattered homes and livestock, according to the Ventura County Fire Department. Evacuations were ordered for about 10 homes in the area, officials said just before 5:30 p.m.

But as of 9:30 p.m., officials lifted all evacuation orders and road closures. Crews were staying at the scene overnight to contain the fire.

“[The] smoke is laying down because there is no wind pushing it and that really benefited us today,” the department’s Cpt. Brian McGrath said in a video shared around 7:40 p.m. “We just had to deal with the high temperatures and low relative humidities, which made this fire grow very quickly.”

McGrath added that crews had good containment on the fire, with multiple agencies at the scene and air tankers and fixed-wing helicopters overhead dumping water.

Highway 150 at the Santa Barbara County line was previously closed off and only local residents with identification were allowed through, according to the Ventura County Sheriff’s Office.

The blaze was burning amid an extended heat wave in Southern California. An excessive heat warning was in place for Los Angeles and Ventura counties from 10 a.m. Tuesday through 9 p.m. Friday.

Whitmer: Michigan to use federal $300 unemployment bonus as back-to-work incentive