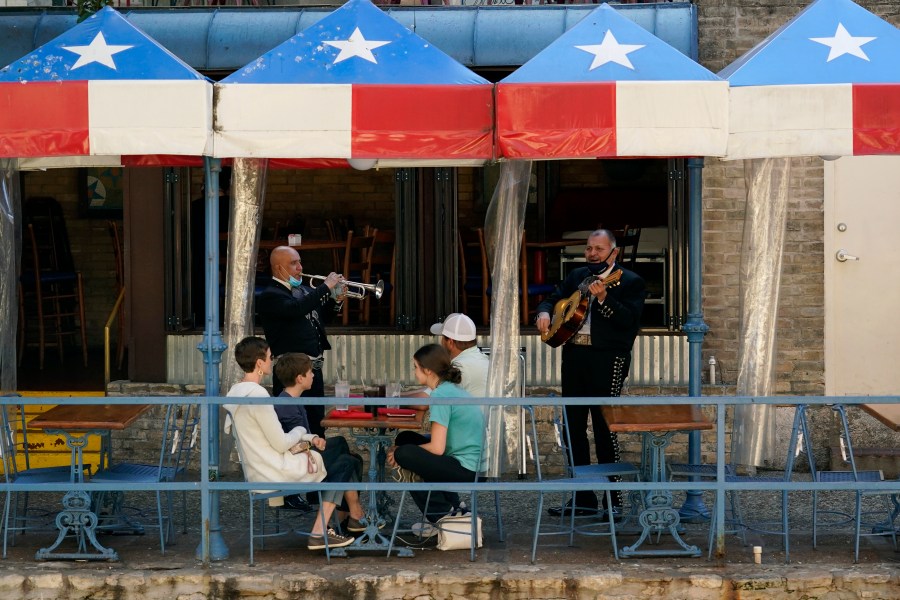 A new national study adds strong evidence that mask mandates can slow the spread of the coronavirus, and that allowing dining at restaurants can increase cases and deaths.

The Centers for Disease Control and Prevention released the study Friday.

The study was released just as some states are rescinding mask mandates and restaurant limits. Earlier this week, Texas became the biggest state to lift its mask rule, joining a movement by many governors to loosen COVID-19 restrictions despite pleas from health officials.

“It’s a solid piece of work that makes the case quite strongly that in-person dining is one of the more important things that needs to be handled if you’re going to control the pandemic,” said William Hanage, a Harvard University expert on disease dynamics who was not involved in the study.

The new research builds on smaller CDC studies, including one that found that people in 10 states who became infected in July were more likely to have dined at a restaurant and another that found mask mandates in 10 states were associated with reductions in hospitalizations.

The CDC researchers looked at U.S. counties placed under state-issued mask mandates and at counties that allowed restaurant dining — both indoors and at tables outside. The study looked at data from March through December of last year.

The scientists found that mask mandates were associated with reduced coronavirus transmission, and that improvements in new cases and deaths increased as time went on.

The reductions in growth rates varied from half a percentage point to nearly 2 percentage points. That may sound small, but the large number of people involved means the impact grows with time, experts said.

“Each day that growth rate is going down, the cumulative effect — in terms of cases and deaths — adds up to be quite substantial,” said Gery Guy Jr., a CDC scientist who was the study’s lead author.

The delay could be because restaurants didn’t re-open immediately and because many customers may have been hesitant to dine in right after restrictions were lifted, Guy said.

Also, there’s always a lag between when people are infected and when they become ill, and longer to when they end up in the hospital and die. In the case of dining out, a delay in deaths can also be caused by the fact that the diners themselves may not die, but they could get infected and then spread it to others who get sick and die, Hanage said.

CDC officials stopped short of saying that on-premises dining needs to stop. But they said if restaurants do open, they should follow as many prevention measures as possible, like promoting outdoor dining, having adequate indoor ventilation, masking employees and calling on customers to wear masks whenever they aren’t eating or drinking.

The study had limitations. For example, the researchers tried to make calculations that accounted for other policies, such as bans on mass gatherings or bar closures, that might influence case and death rates. But the authors acknowledged that they couldn’t account for all possible influences — such as school re-openings.

“It’s always very, very hard to thoroughly nail down the causal relationships,” Hanage said. “But when you take this gathered with all the other stuff we know about the virus, it supports the message” of the value of mask wearing and the peril of restaurant dining, he added.