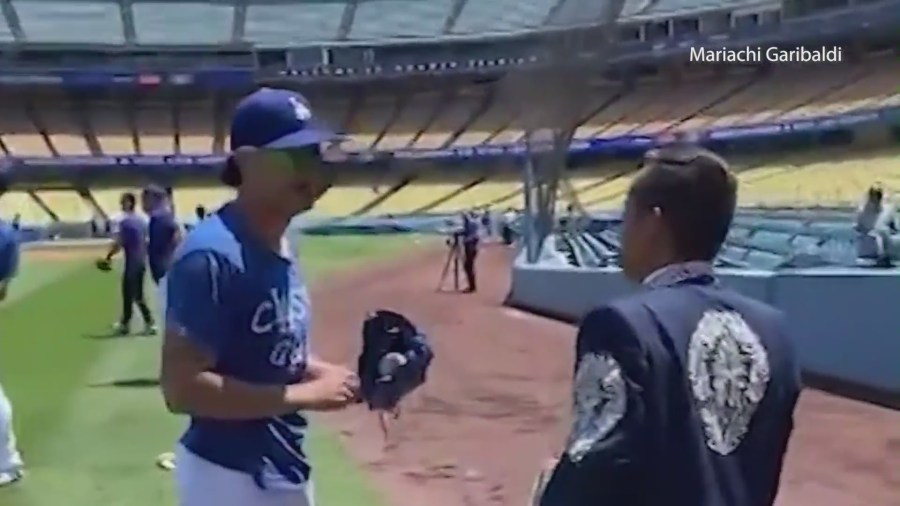 Mr. Kelly goes to Washington, in a mariachi jacket.

Dodgers pitcher Joe Kelly wore the embroidered jacket he traded in for his jersey to the White House ceremony celebrating the team’s 2020 World Series Championship on Friday.

The switch happened after Mariachi Garibaldi de Jaime Cuéllar serenaded the Dodgers as they warmed up before a matchup against the Chicago Cubs June 27.

The band was there to sing the national anthem at the Viva Los Dodgers event before the game, and closer Kenley Jansen called them to the field.

That’s when Kelly, admiring the band’s jackets, asked one member to trade with him.

Sure enough, Kelly ran back to the dugout and kept his word: a jersey for the jacket. The entire exchange was caught on video.

“We didn’t anticipate being on the field, and being that close to the players, so as soon as we got that chance, I think we were all just shocked, we were just in awe,” band member Grover Castro told KTLA after the swap. “It was amazing.”

For those left wondering what Kelly wanted the ornate jacket for, the reliever debuted it for the East Room ceremony.

Justin Turner shared a photo of himself with Charro Kelly in front of a portrait of Abraham Lincoln captioned: “Chilin with a legend at the #WhiteHouse.”

Kelly, of course, was also wearing his championship ring.

Djokovic wins again at Wimbledon: ‘Somehow I found a way’