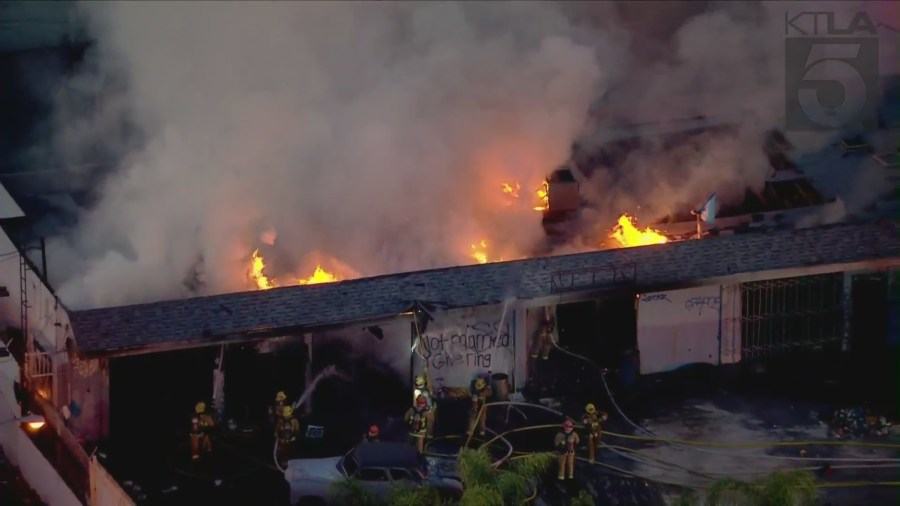 Crews put out a fire at a vacant auto repair facility in Pacoima Friday evening.

The one-story row of vacant commercial units on the 10200 block of San Fernando Road were engulfed in the flames, according to the Los Angeles Fire Department. All bays in the structure were “open and accessible.”

A total of 28 firefighters extinguished the blaze in less than half an hour, LAFD said.

No injuries were reported and no other structures were exposed, the department said.

“Firefighters will continue the overhaul operations to address the remaining hard to reach hot spots,” LAFD said just before 8 p.m.

Sky5 was overhead just after 7:30 p.m. as firefighters worked to put out flames that appeared to be on the roof of the structure.

The blaze was burning about a block away from Whiteman Airport.