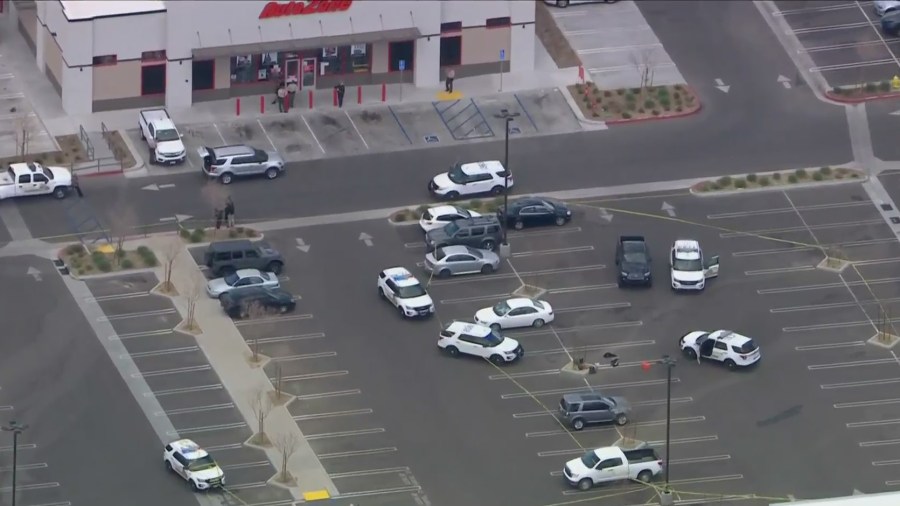 A San Bernardino County sheriff’s deputy was shot Tuesday and a suspect is under arrest, authorities said.

The San Bernardino County sheriff’s deputy was hospitalized in unknown condition following the shooting in Hesperia, the department said on Twitter.

Aerial video of the scene showed the a portion of parking lot for an AutoZone store at 18671 Bear Valley Road cordoned off for investigation.

A suspect is in custody, the department said. No other details were immediately provided.

The public was urged to avoid the area as the investigation continued.

The shooting occurred in a commercial area of the city of about 95,000 residents on the southern edge of the Mojave Desert.