Despite saying he’d wait to get vaccinated, Garcetti received 1st dose at recommendation of medical officials 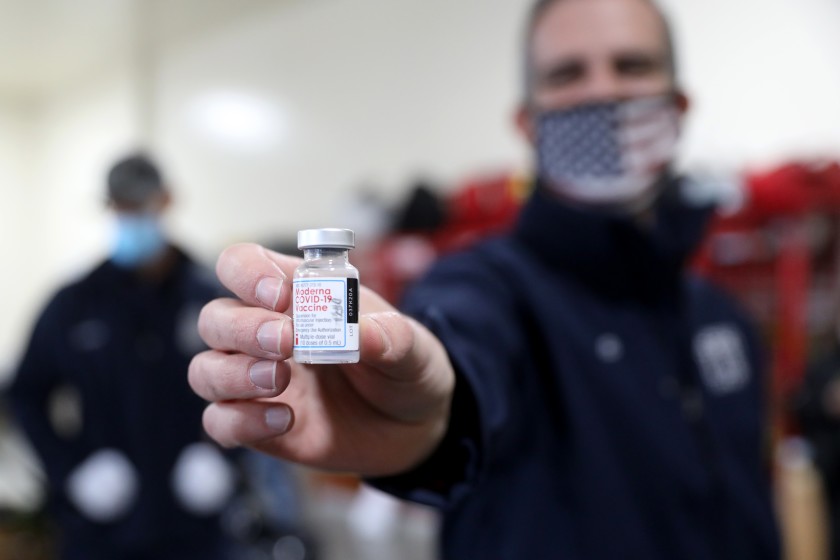 Los Angeles Mayor Eric Garcetti made clear in December that he would wait his turn to receive a COVID-19 vaccination, echoing county policy that nursing home residents, people 65 and older and medical workers will be first in line.

“I’m not jumping any queue,” he said.

But the 49-year-old Democrat was quietly vaccinated last week at the recommendation of medical personnel, after spending several days assisting health care workers at a large coronavirus vaccination center at Dodger Stadium.

His office said Wednesday he received the first dose of the vaccine Jan. 21, his fifth day working at the site where he was “interacting with hundreds of Angelenos each day.”

“The medical personnel strongly recommended that he receive the vaccine, as they have recommended and provided for other field staff and volunteers at the site who have close contact with clients,” the statement said.

Last month, when the mayor was asked when he would receive the vaccine, he said, “I’ll wait for my place when it would naturally come, and not go ahead of that. … When they tell me I would normally get it, that’s when I’m going to get it.”

The mayor made the statement when he was quarantined at home, after his 9-year-old daughter tested positive for the coronavirus. Garcetti tested negative at the time.

In an online briefing later Thursday, Garcetti reiterated he was following the advice of medical personnel based on his involvement at the stadium, not jumping in line in front of others.

He answered “no” when asked if he was concerned the public might see his vaccination as a sign of insider privilege at a time when millions are waiting for the same chance.

To reduce health risks, the vaccine is “offered to everybody that’s working there” the mayor said. “I think it’s really important when people do get that medical advice to say yes and to be (an) example.”

Other than temporary soreness in his arm, the mayor said he had no side effects.

Garcetti received his first dose with widespread confusion in the county, home to 10 million people, over the availability and distribution of the vaccine. There are over 1 million confirmed coronavirus cases in the county, according to state figures.

San Francisco Mayor London Breed, who is 46, has not received the vaccine but will when she’s eligible, spokesman Andy Lynch said.