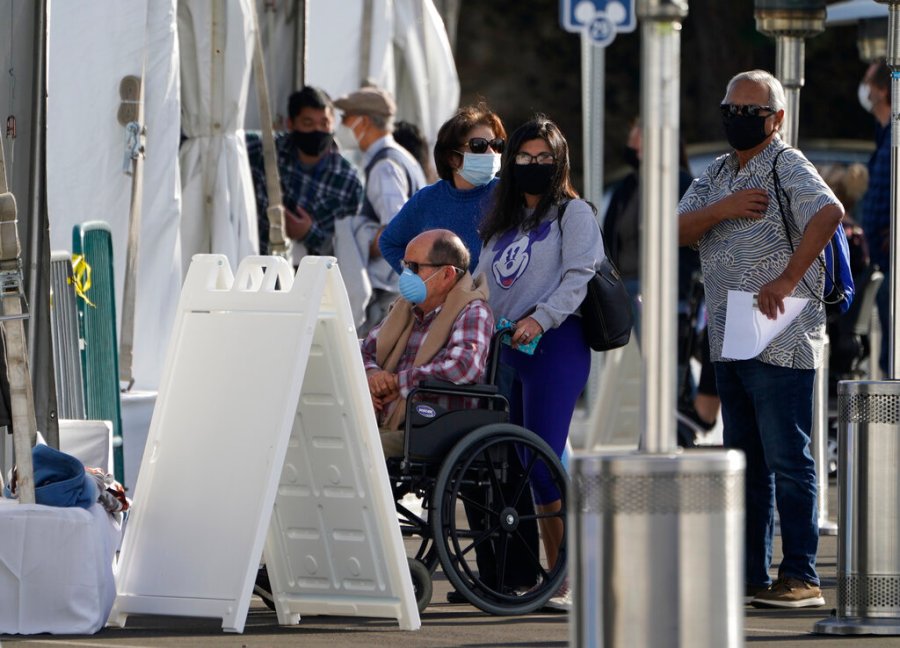 The mass COVID-19 vaccination site at Disneyland Resort will temporarily close Thursday due to a shortage of doses, officials said.

Severe weather conditions in other parts of the U.S. delayed the delivery of COVID-19 vaccine supplies across the country, including to Orange County, local officials said.

A shipment of Moderna’s vaccine was scheduled to arrive Tuesday, but it never came.

The Disney “Super POD site,” which was primarily dispensing the Moderna vaccine, is now scheduled to stay closed through at least Monday, “pending receipt of additional supply on Monday.”

Complicating matters more is that Orange County was planning to open another mass vaccination site at Anaheim Convention Center next week and it was meant to dispense the Moderna vaccine to people scheduled to get their second doses.

Elsewhere in California, a San Diego County official said the storm will force a “pause” at some vaccination clinics this week, the San Diego Union-Tribune reported.

The Soka site will stay open to give second doses while supplies last, but Santa Ana College will close temporarily starting on Saturday, with no reopening date planned.

Officials said people affected by the closures will get a notification about rescheduled appointments from Othena, Orange County’s online vaccine appointment portal.

About 150,000 COVID-19 vaccine shots have been administered at Disneyland since it opened as the county’s first mass vaccination site in January.

About 77% of shots administered countywide were first doses, according to county data from Feb. 8.

Some who got their first dose at Disneyland are meant to get their next shot at the Anaheim Convention Center.

While it is recommended that people get their second doses of the COVID-19 vaccine three weeks later for Pfizer, and a month later for Moderna, the CDC has said it’s OK to get the shot up to 6 weeks later if it’s not possible to get it sooner.

“The CDC is not advocating for people to delay getting their second dose, but the data from clinical trials support that it is still effective in the delayed range,” county officials said.

Orange County is currently vaccinating residents aged 65 and older, in addition to workers in multiple health-related categories and those who work as first responders in high-risk communities.

Residents can make an appointment at a county-operated vaccine site online by clicking here. Those with questions can call 714-834-2000.