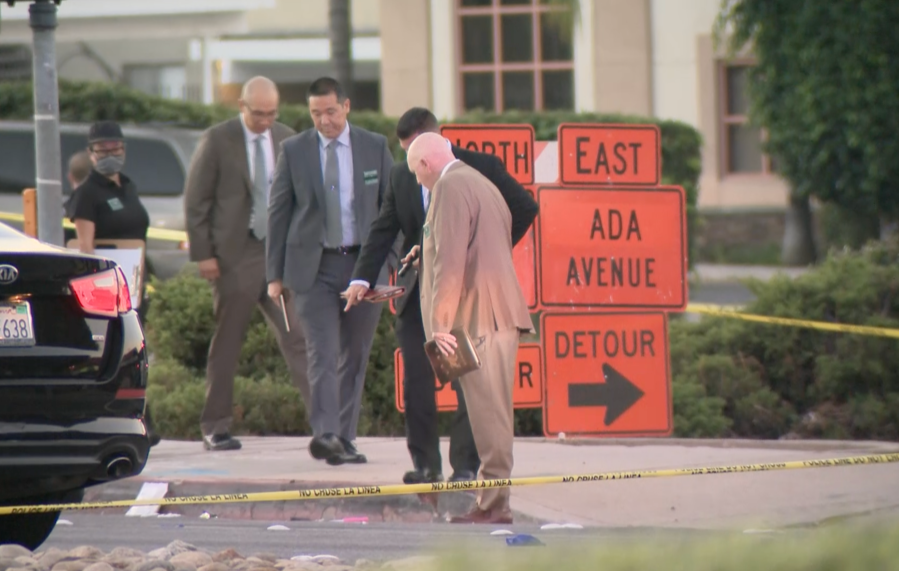 A domestic violence suspect was fatally shot by Azusa police after he pointed a gun at an officer and tried to carjack two victims in Glendora early Wednesday morning, officials said.

The incident unfolded after the suspect’s girlfriend called police to a home in the 400 block of Myrtle Street in Glendora around 12:30 a.m. to report that her boyfriend assaulted her and that he was armed, according to Los Angeles County Sheriff’s Department Lt. Brandon Dean.

“As soon as Glendora PD officers arrived on scene, the suspect in the domestic violence exited the house and pointed a black-semi-automatic handgun at them,” Dean said.

The suspect, described as being a man in his early 20s, then went back into the house and officers called for help from the Azusa Police Department, a neighboring agency.

At some point, the suspect was able to flee the scene on foot.

Azusa police officers then spotted him at the intersection of Glendora Avenue and Route 66, where he was trying to carjack at least two victims, Dean said.

“They attempted to detain him and at that point, the suspect turned and pointed the firearm at an Azusa PD officer and an officer-involved shooting occurred,” the lieutenant said, adding that two officers fired their weapons.

The suspect was struck in the upper torso and was taken a local hospital, where he was pronounced dead. Officials have not identified him.

Investigators said they recovered a weapon at the scene.

The L.A. County Sheriff’s Department is assisting Azusa police with the investigation.

Authorities were also looking for surveillance footage that may have captured the incident.

Video from the scene showed authorities searching around a black sedan stopped with its door open near a gas station.

No officers or civilians were injured during the incident.

The case remains under investigation and no further details were immediately available.

Anyone with information is asked to contact the Sheriff’s Department’s Homicide Bureau at 323-890-5500. Those who prefer to provide information anonymously can call Crime Stoppers at 800-222-8477.