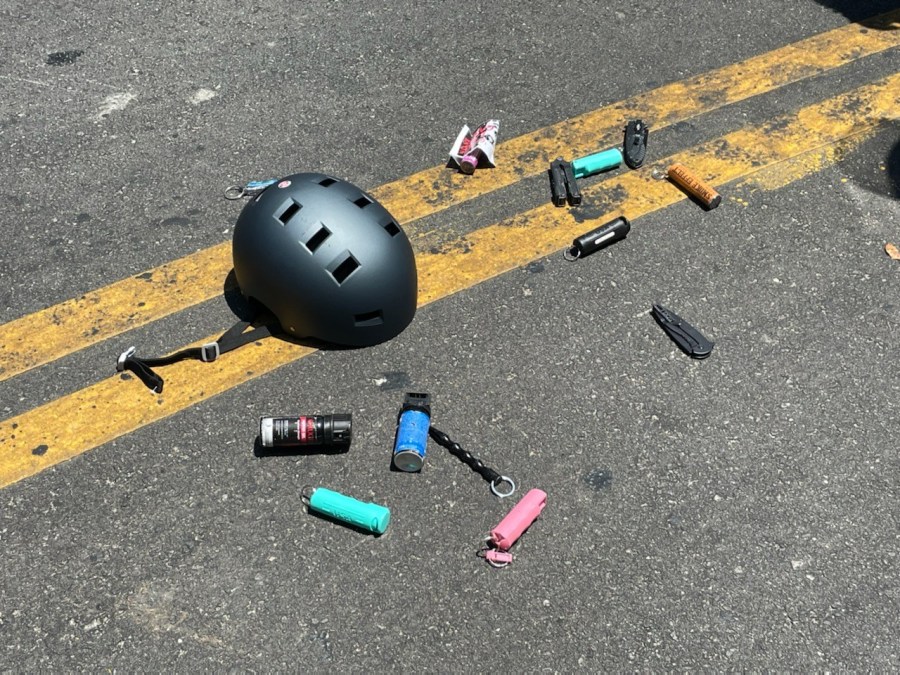 A protest outside Wi Spa in Koreatown ended in dozens of arrest Saturday, the Los Angeles Police Department said.

The intersection of Wilshire and South Rampart boulevards was declared a protest zone. “All corners except the southwest corner of Wilshire Blvd and Rampart Blvd have been designated protest zones for this incident,” the LAPD tweeted.

Another protest was held in that same area recently on July 3 when demonstrations over transgender rights sparked clashes between protestors and counter-protestors after a video went viral of a woman upset that a trans woman disrobed in the women’s section of Wi Spa.

Smoke bombs and projectiles were thrown at officers and a dispersal order was issued, LAPD said. At around 11 a.m. LAPD declared the scene an unlawful assembly and ordered protestors to clear out.

Although some left voluntarily, many others refused to leave the area and were arrested for “failure to disperse.”

Several weapons including a stun gun, pepper spray, knives and mace were found on the ground in the area where the arrests were made, LAPD tweeted.