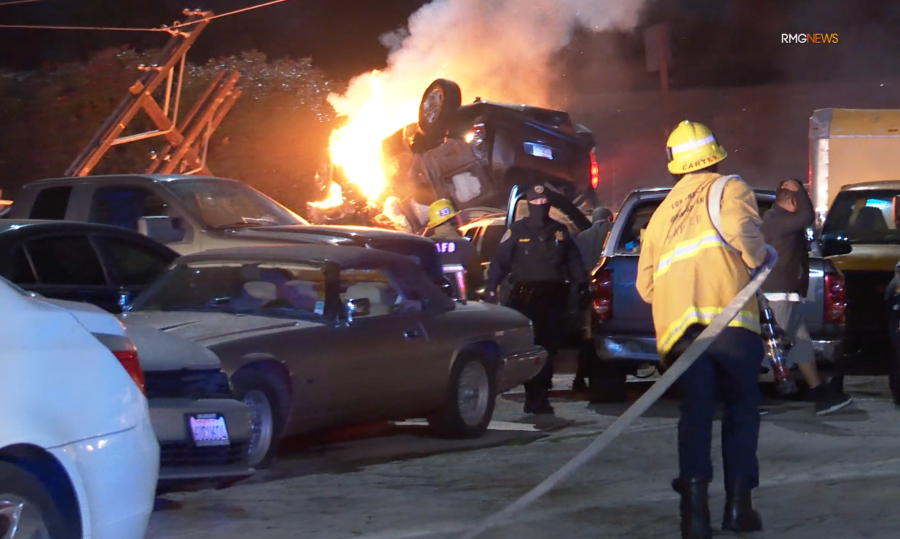 A pursuit driver was in custody after crashing off the side of a 101 Freeway off-ramp and into a parking lot in Tarzana Wednesday night, officials said.

It’s unclear what exactly caused the driver’s vehicle to overturn and catch fire. Video showed the car came to rest upside down on top of at least one other vehicle, and a power pole was knocked on its side nearby.

Firefighters were seen rushing to extinguish the flames.

Kravig said the suspect was in custody, but did not say if he was injured. Video from the scene showed a man with specks of blood on his face being led away in handcuffs by officers.

Authorities remained at the scene Wednesday night, and no further details were available.

Just days after a mass shooting at a Boulder supermarket, a man carried 5 guns and body armor into an Atlanta Publix