At roughly this time four years ago, we political nerds were reeling at the unexpected election of a first-time candidate whose previous credits included beauty pageant judge, reality show producer and real estate hype man. How, we all marveled, had this happened?

Armed with maps and the election results, we settled on a novel hypothesis: Donald Trump had prevailed because he had strategically peeled away counties that had backed Democratic candidate Barack Obama in 2008 and 2012. Thus, the term pivot counties was born as a way to explain these Democratic defectors.

Now, as we watch the votes be tallied and every last county in our electoral map colored red or blue, these pivot counties are getting another look. Did Joe Biden regain these crucial counties that made Obama a two-term President? Building on publicly available returns — which are far from final — and research from four years ago, The D.C. Brief ran some very basic Excel formulas.

The early data say no. While there are still many votes outstanding and final results are a ways off, what we know is this: in the 206 counties that voted for Obama in 2008, Obama in 2012 and Trump in 2016, the incumbent President carried 179 of them. Biden reclaimed just 22. (Another five have yet to report reliable data, rendering a verdict impossible.)

So what explains this wild, 33 percentage-point swing between 2012 and 2020? Is Trump really that good at connecting with voters in places like Vigo County, Indiana, that he tripled the intensity of support from four years ago? Were Democratic defectors that persuadable?

A couple of factors may be in play. Obama, to be frank, is a once-in-a-generation politician. His skills at winning over even his sharpest political opponents are as formidable as they are legendary. I remember watching him go into deep-red counties during a sweltering summer 2008 bus tour through the Midwest and witness skepticism melt as quickly as the ice in the water coolers.

Another factor is that voters in these counties may have been sour on anyone who reeked of Washington. Obama had spent, again to be frank, very little time in the U.S. Capitol when he ran the first time. A first-term Senator, he hadn’t yet come to embody what Trump a decade later would call The Swamp. In contrast, Obama’s Republican opponent John McCain was, at the time, a 22-year member of the most elite fraternity in Washington, the Senate, and at one point the most-frequently booked guest on that most Washington-insidery show, Meet the Press. Four years later, Mitt Romney, a polished, professional politician, hardly solved the problem. Obama had the trappings of the presidency, but Romney toured foreclosure-plagued neighborhoods near Las Vegas in skinny jeans.

In Trump, these Democratic defectors found the ultimate outsider. No one will accuse Trump of being too polished, too scripted. He’s there to augment the grievances of places like Youngstown, Ohio, where Mahoning County went red this year for the first time since 1972. Voters there supported Obama’s 2008 run by 26 percentage points, narrowly siding with Hillary Clinton four years ago, then backed Trump by 2 points this week. That is a stunning 28-percentage-point swing in a little more than a decade.

Four years ago, I listened to a lot of very smart people argue that sexism was to blame for the 2016 Clinton peel-off among Democratic defectors. It made sense. Many voters in these counties wouldn’t consider themselves particularly woke. A lot have fallen on hard times, especially those in the Upper Midwest cities, like Kenosha, Wis., where manufacturing has all but evaporated. It was easy for voters to say they had tried Obama, hadn’t seen benefit, and now were willing to go all-in with the loud, shoot-from-the hip guy who seemed to have the elixir for all that ails their decades-long decay. The smooth talk and easy answers proved irresistible.

But there’s a problem with this logic. Namely, Trump has had four years and he has yet to bring back jobs to these counties, and the coronavirus pandemic has done little to boost confidence in his ability to manage a country of this size through a legitimate crisis. So why did millions of these Democratic defectors not only stick with Trump, but double-down on their support?

It’s too early to tell, but watch this space. Political scientists, armchair strategists and — eventually, when the dust settles and they get a chance to eat a decent meal and sleep for 18 hours — the actual political pros will dive into the data. For now, it’s worth flagging that you, readers, should be looking around your communities for clues. You probably can spot the trendlines among your neighbors far better than I, or anyone else in Washington, can. My inbox is open at philip.elliott@time.com.

Write to Philip Elliott at philip.elliott@time.com.

Sex Workers, What Do You Want People To Know About You And Your Profession? 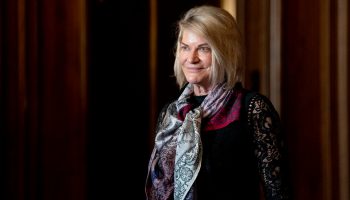