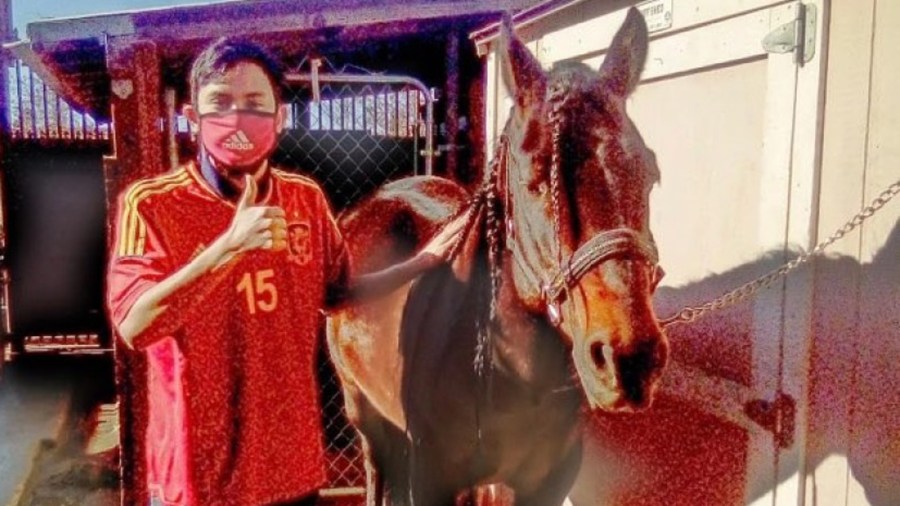 A crowd gathered outside the East Los Angeles County Sheriff’s Patrol Station Sunday to protest the shooting of a man with autism in his Cudahy home last month.

Cervantes, who is deaf and autistic, was shot in his home by the deputy after his family called police following a disturbance at their home.

Cervantes’ relatives have argued that the bodycam footage doesn’t tell the entire story, saying the shooting was not justified. They said Cervantes was unarmed, but a deputy said he reached for his gun.

“They’re making it seem like my brother’s a criminal. How can a person with autism and disabilities with a mind of a six-year-old be a criminal?” said the victim’s sister Yadira Cervantes at the rally on Sunday. “They should not be the ones to be the first to respond to a mental health crisis because they just get everything worse.”

The released bodycam footage has prompted calls for an independent investigation and protests over how police respond to mental health calls. Advocates and families of disabled and mentally ill individuals have organized demonstrations in L.A. calling for greater accountability from the Sheriff’s Department.

The Cudahy City Council has also called for an independent investigation into the shooting by the U.S. Department of Justice, FBI and California attorney general’s office.

Cervantes’ family members have said he was going through a mental health crisis on the evening of the shooting when they called 911 in an effort to get him help, after he got physical with his mother in their home on the 5100 block of Live Oak Street.

“He’s here in the house,” his sister is heard asking a dispatcher in 911 audio released by sheriff’s officials. “Can you guys send him to the hospital?”

The family says that instead of calming the situation and helping Cervantes, the deputies escalated the situation.

Deputies, however, say Cervantes was sitting in his house but got violent when they tried to handcuff him after he refused to come outside.

The video captures about 10 seconds of a scuffle between Cervantes and the deputies before the two deputies’ bodycams end up on the ground. The Sheriff’s Department says the cameras became dislodged.

Authorities alleged that Cervantes attacked one of the deputies, gouging at his eyes while trying to disarm him. But the family’s attorney says that’s a lie, and that Cervantes was dominated by deputies.

Relatives and their supporters say the deputies involved did not use proper training for dealing with someone with a mental health issue.

On Sunday, family members say Cervantes is now paralyzed waist down as a result of being shot in the torso during the incident. The family also announced that they were planning to take legal action against the Sheriff’s Department.