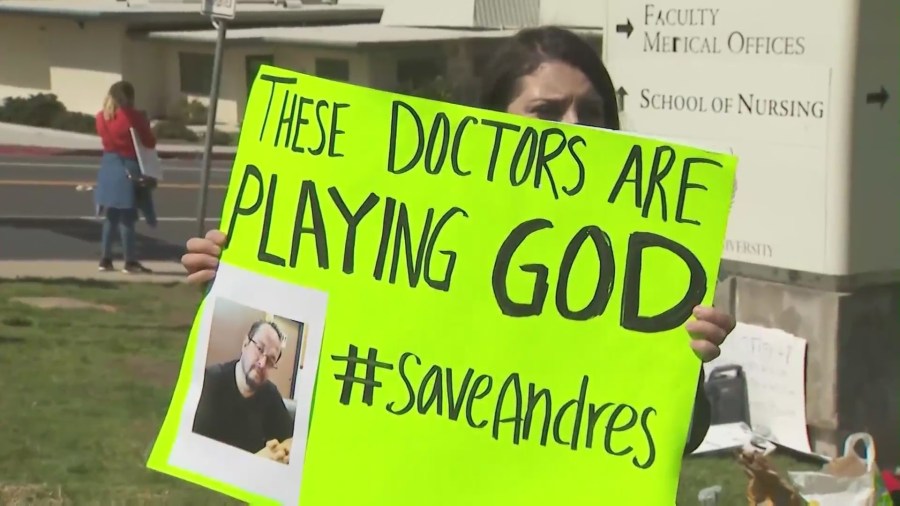 Friends and family gathered Sunday in front of the Loma Linda hospital where Andres Banda remains on life support and at the center of a legal battle.

The 43-year-old father of four was declared brain-dead back in February after initially being hospitalized for COVID-19, but the family insists he had been showing signs of life.

Videos of him appearing to respond to the family have drawn attention on social media.

He was initially scheduled to be taken off life support in early March, with doctors telling the family his movements are not voluntary but spontaneous and caused by machinery. But the family won a reprieve in court that has led to him being kept alive.

Now a hearing is scheduled for Monday over whether Banda can be moved out of the hospital to get care elsewhere, an attorney for the family said.

The family has raised more than $61,000 on a GoFundMe started in March.

Michigan family believes their home was a hate crime target