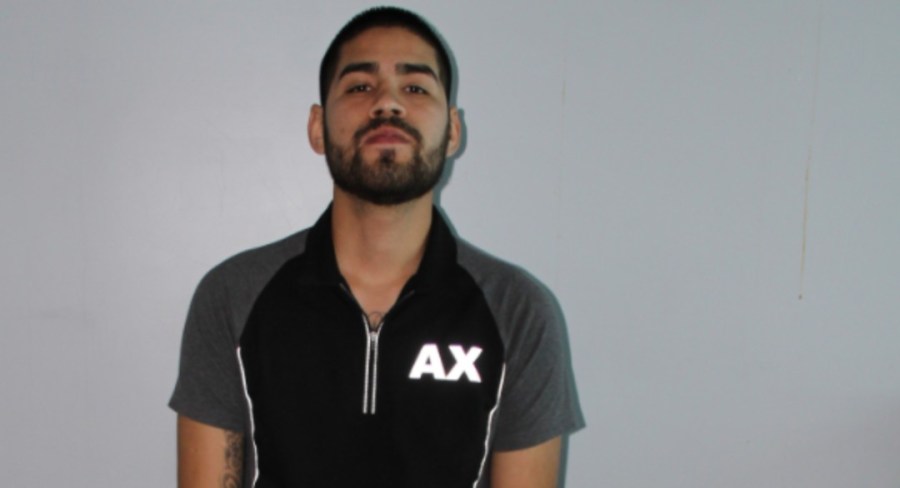 The family of a shooting victim is demanding answers after the suspect in the slaying was mistakenly set free in downtown Los Angeles last week.

Steven Manzo, 23, of Hawaiian Gardens, is charged with fatally shooting 24-year-old Salvador Corrales, in Long Beach in 2018. Manzo was arrested in March 2020 and had been in custody since then.

However, last Tuesday, Manzo was inadvertently released from custody before a trial even started.

Family members of Corrales, who was a father of two children, spoke out Monday wanting to know how this could happen.

“How can you let somebody facing murder charges just simply walk out of jail, that is a double blow to the family,” said Luis Carrillo, one of the attorneys representing the victim’s family.

Marlen Zamarripa, Corrales’ sister, said that no one had alerted the family about Manzo’s release.

“We didn’t get a phone call. We found out through social media,” Zamarripa said. “No one told us what happened, no one told us that he was out there free.”

According to police, Manzo shot Corrales in July 2018 in a parking lot on Cherry Avenue near the 91 Freeway. Corrales’ body was later found inside a vehicle in the 5800 block of Florence Avenue in Bell Gardens, police said.

Manzo was arrested on suspicion of murder by the Long Beach Police Department in March 2020, and a preliminary hearing was originally scheduled for last Monday. Police said charges were filed against him for shooting death of Corrales.

The L.A. County District Attorney’s Office, however, said Manzo was not transported to Long Beach court from jail by the Sheriff’s Department last Monday for a preliminary hearing in the case. And since the case’s other defendants would not agree to a postponement, the prosecutor asked that the case be dismissed and immediately refiled with the same charges so the hearing could be held later.

Inmate records available online from the L.A. County Sheriff’s Department, which manages the jails, listed the case against Manzo as “dismissed” and show he was released at 2:12 p.m. last Tuesday.

Shortly after Manzo’s release, authorities launched a manhunt in downtown L.A., even shutting down traffic on the southbound 101 Freeway after a reported sighting.

It’s still unclear exactly how the mistake was even made and why Manzo was able to walk free from jail.

“So it’s a circle, and these are the people suffering in that process,” Carrillo said.

The L.A. County Sheriff’s Department said in a tweet Monday it’s the responsibly of the investigating agency, Long Beach police, and the DA’s office to file or re-file criminal charges.

“LASD was not the investigating agency,” the Sheriff’s Department continued. “Additionally, LASD was mandated to follow the Court’s ORDER FOR RELEASE. Our hearts go out to the family and community.”

Selena Barajas, the mother of Corrales’ children, said her former partner “loved his kids. … And it’s already bad enough as it is, and we’re just reliving what we lost.”

Meanwhile, police say Manzo is still on the run.

Rare Arctic walrus spotted off the coast of Ireland may have drifted far from home during a nap, one expert said