Garcetti says L.A. mayor should be ‘engaged in the world’ when pressed on possible Biden ambassador pick 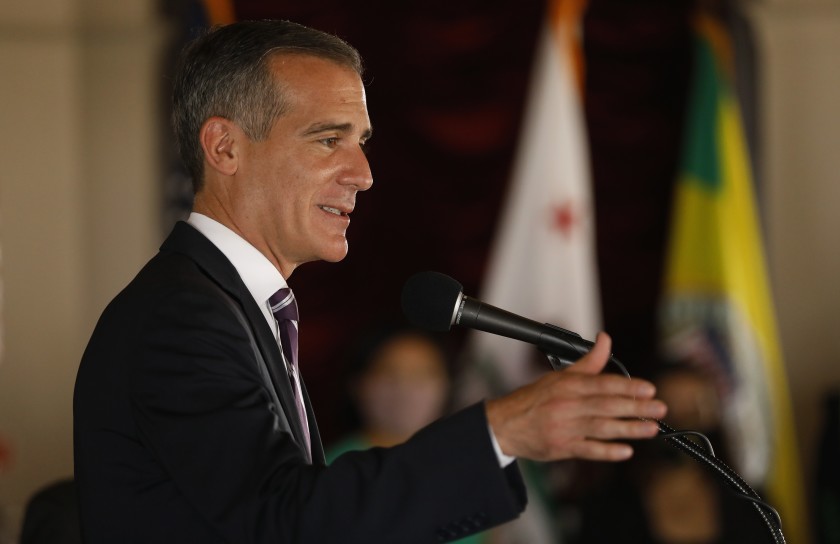 Since the news broke that he might be President Biden’s pick for U.S. ambassador to India, Los Angeles Mayor Eric Garcetti has waved off the reports, calling them speculative.

He did so again on Wednesday, at a news conference where he signed the city budget, saying he would talk when there was an actual job offer.

But when reporters pressed Garcetti on the prospect of a Biden appointment, he offered a glimpse into his thinking on a possible early departure and how serving as an elected official can be useful a training ground for a diplomat.