GFRIEND Talk “回:Walpurgis Night” And Reflect On Six Years As A Team

You’ll be celebrating the sixth anniversary of your debut as a group this coming January. What’s the most important lesson each member has learned over the past six years of working together?

SOWON: Although it’s not easy for six different individuals to gather together as one, we’ve learned to respect and understand each other.

YERIN: Together, everything is possible! I think I was able to go through all these years thanks to such great members.

EUNHA: The fact that our members are so precious! I’m so used to our six members now, and it’s extremely important for me to support and rely upon each other as we continue our path as GFRIEND.

YUJU: The energy emitted when we are as six members gives me great strength.

SINB: I’ve learned that there’s almost nothing that can’t be accomplished if effort is put into it. It’s amazing that we’ve been able to pull off various concepts that we once didn’t know how. I feel so proud of it.

UMJI: That a person constantly develops through all kinds of influences. And the fact that we’re able to receive positive influences and fill each other’s shortcomings is truly valuable. I’ve learned to perform as a unison under one team, but not lose my own color and personality at the same time.

It’s only been four months since you released 回:Song of the Sirens, and you said you wanted to show a dramatic transformation for GFRIEND with that EP. How did your fans respond to that transformation? Did that response influence your process while making 回:Walpurgis Night?

GFRIEND: We’re sure a lot of fans and the audience in general felt the massive transformation that GFRIEND went through with 回:Song of the Sirens. As we prepared for the recent album, we wanted to show GFRIEND’s aspects that continue from the previous series, encouraging ourselves to try a variety of new concepts that we haven’t tried in the past in terms of visuals or music.

If 回:Labyrinth told the story of girls facing a choice, and 回:Song of the Sirens was about temptation, what does 回:Walpurgis Night represent? If this album is the conclusion of your 回 series, how does that story end?

GFRIEND: While 回:Labyrinth expressed the mixed emotions a girl faces at her moment of choice, 回:Song of the Sirens captured the girl’s state of mind as she was swayed by the “unchosen” option she discarded. It finally leads to a realisation of what the girl truly wants, becoming bold and honest with her desires.

You’ve spoken before about using your own personal experiences and even diary entries as inspiration when songwriting. Is that something you continued with 回:Walpurgis Night?

GFRIEND: Absolutely. The new album reflects ourselves exactly the way we are today. Not only does it include aspects of GFRIEND as a girl group in its sixth year, but also freely expresses the various emotions and thoughts women feel in their twenties on a daily basis. All of us participated in the album making process with our own stories.

Which songs from this album are most meaningful to you individually?

SOWON: “Better Me” since this is the first time I wrote lyrics for a song that ended up being released, and it’s also based on our stories in general.

YERIN: I believe it’s “Secret Diary,” for which I worked together with SinB.

EUNHA: It’s so difficult to choose just one since every song is meaningful and precious to me. “MAGO” is a song that I participated in the creative process, and “Love Spell” has a different kick to it. I love the genre and melodies of “Three Of Cups,” and “GRWM” is a song I recorded a long time ago.

YUJU: “Night Drive,” because the precious emotions I felt throughout the process makes it more special. The fact that I didn’t bother to push myself hard to make it memorable and that the melodies and lyrics came from a relaxed state means a lot to me.

SINB: If I have to choose a meaningful song, it’ll have to be “Secret Diary” that reflects my thoughts and opinions.

UMJI: “Wheel of the year”! I think it’s meaningful for various reasons, because it’s the last song of the last album from the 回 series, and also provides a closure to all the conflicts and time feeling lost with a promise that we always move forward. If I listen to it side by side with the song “Compass” from our first studio album, I feel overwhelmed because it seems to show the growth of GFRIEND so far.

Is there a lyric you wrote on this album that you’re particularly proud of?

SOWON: “Sway sometimes trapped in pitch darkness / Steady down again and clear your mind” (from “Better Me”).

YERIN: “Our transparent heart going round and round / Now I know it all” (from “Love Spell”).

EUNHA: I participated in “Night Drive,” in which I expressed the driveway at night with pretty street lamps but also getting stuck in traffic.

YUJU: “Raise a glass for me” (from “MAGO”). It’s not fancy, but the expression fits well with “the festival of the witches.” Also, “If they don’t let go, the thoughts block your way” (from “Night Drive”) expresses the scene from inside the car while getting stuck on the highway.

SINB: Working on “Secret Diary” brought me back in time, reminiscing on what the relationship between Yerin and me was like during the trainee years. I remember that I tried to include a message of, “We’re so lucky to have each other, as you have me and I have you” in the lyrics.

UMJI: “No doubt you’ll shine and bloom” and “A flor de flor, aun mas bello, no tengas miedo” (from “Better Me”). It feels amazing to come up with lyrics in a foreign language that fit well with the melodies.

You experimented with subunit tracks on this album for the first time since your debut — how did you decide on the three units? What was your experience working within those units like?

GFRIEND: Units were formed naturally based on our music preferences. We discussed a lot and worked on every detail of the song, including genre, theme and lyrics together as a couple. The process was difficult at times, but we felt proud of ourselves as we ended up with songs that well represent the charms and unique personality of each unit. 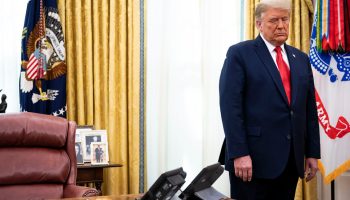 The Family of a Brooklyn Inmate Who Died After Being Pepper Sprayed By Guards Speaks Out.