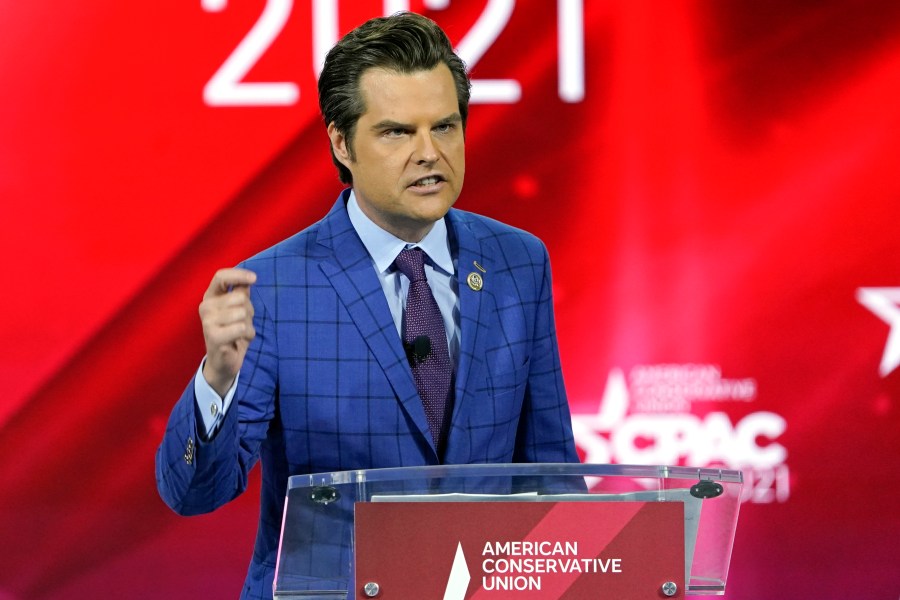 Republican Rep. Matt Gaetz, a prominent conservative in Congress and a close ally of former President Donald Trump, said Tuesday he is being investigated by the Justice Department over a former relationship but denied any criminal wrongdoing.

Gaetz, who represents parts of western Florida, told Axios that his lawyers were informed that he was the subject of an investigation “regarding sexual conduct with women” but that he was not a target of the probe. He denied that he ever had a relationship with any underage girls and said the allegations against him were “as searing as they are false.”

A subject is conventionally thought of as someone whose actions fall within the scope of a criminal investigation, whereas a target is someone whom prosecutors have gathered evidence linking to a crime. But during the course of an investigation, a subject can become a target.

His comments came shortly after the New York Times reported that Gaetz was under investigation by the Justice Department to determine if he violated federal sex trafficking laws and had an inappropriate sexual relationship with a 17-year-old, while paying her to travel with him.

Gaetz alleged that the allegations were part of an extortion plot by a former Justice Department official, whom he did not name.

“Over the past several weeks my family and I have been victims of an organized criminal extortion involving a former DOJ official seeking $25 million while threatening to smear my name,” Gaetz said in a statement.

Gaetz said his family has been cooperating with the FBI and said his father was wearing a recording device, at the FBI’s direction, “to catch these criminals.” He demanded the Justice Department release the recordings.

“No part of the allegations against me are true, and the people pushing these lies are targets of the ongoing extortion investigation,” he said.

The Times cited three people familiar with the matter, saying the scrutiny was part of a broader Justice Department probe into one of his political allies and fellow Florida politician, Joel Greenberg, who was indicted last summer on sex trafficking and other charges that he stalked a political opponent. A judge ordered the former tax collector back to jail earlier this month for violating the conditions of his release.

“I believe that there are people at the Department of Justice who are trying to criminalize my sexual conduct, you know, when I was a single guy,” Gaetz told Axios.

“I have definitely, in my single days, provided for women I’ve dated,” Gaetz said. “You know, I’ve paid for flights, for hotel rooms. I’ve been, you know, generous as a partner. I think someone is trying to make that look criminal when it is not.”

Gaetz has not been charged with a crime. The Justice Department did not immediately comment.

Asian woman attacked in NYC: NYPD Crime Stoppers offering reward up to $2,500 for information on suspect